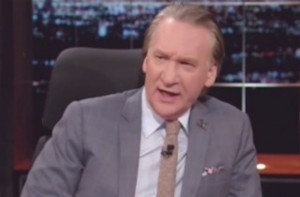 A few weeks ago, Bill Maher started a White House petition to get his fans to demand President Obama appear on his show while he’s still president. Maher argued that it’s a little odd Obama has ignored his requests for seven years when he has agreed to do pretty much every single other show in existence.

Well, today the White House finally responded, and it’s worth reading the whole thing in full:

Thanks to every one of you who signed the We the People petition asking the President to appear on Real Time with Bill Maher. With more than 320,000 signatures, Bill has once again demonstrated he knows how to inspire and motivate his viewers!

Plenty of us around here watch Real Time because we admire Bill’s passion for spreading the science on climate change, asking tough questions about money in politics, and trying to burst “the bubble” where some of our politicians — and too many of our nation’s critical political debates — exist.

The President’s communications team thinks strategically about scheduling presidential interviews, and we have made a concerted effort over the last couple of years to broaden the array of venues where the President appears — from talking to young people about health care on “Between Two Ferns” and a post-State of the Union conversation with YouTube stars, to a CNN Town Hall on gun violence and an interview with Mic.com on the Iran deal. Consistent with this approach, we’ll keep in mind Bill’s open invitation for a presidential appearance and give it the respectful consideration that Bill and his large audience deserve.

Thanks again for raising your voices (we know Bill always raises his). We hope you’ll continue to use the platform to call on the Administration to address the policies and priorities you care about.

— The We the People Team

P.S. Before we forget, happy belated 60th birthday, Bill! You haven’t lost a step, and the gray hair makes you look, dare we say it, presidential. We hope our card didn’t get lost in the mail.

Is that the longest way of saying “thanks but no thanks” ever or what?