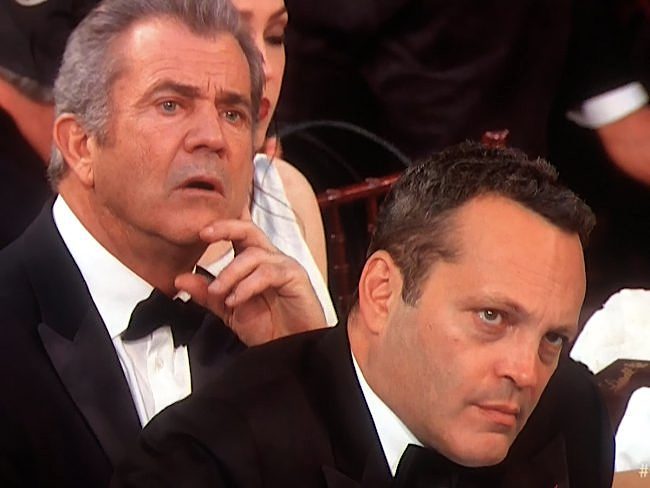 Vince Vaughn and Mel Gibson are well-known Hollywood conservatives. Remember how annoyed they looked when Meryl Streep gave that rousing anti-Donald Trump speech at the Golden Globes? Yeah, these aren’t dudes who are going to go cheering for the left’s favorite causes any time soon.

That’s why the news that they’re set to star in a movie about police brutality raised a few questions and a lot of speculation when it dropped today.

THIS IS A HORRIBLE IDEA GUYS https://t.co/TgExkPWYZg

christ on a cruise ship. https://t.co/MlCazxpET5

I’ll take “how to make 100 million dollars and win 8 Oscars while never addressing the actual problem for 200 Alex.” #BlackLivesMatter https://t.co/s3HXXKTcOJ

This headline is the end of a sentence that starts, “If you thought Fantastic Four and Passengers were terrible,” https://t.co/ihAchKd9FU

They’re paying Mel Gibson (a racist/antisemitic) to “play” a racist on camera https://t.co/OdOojsH0yG

The description from Variety says this:

Gibson and Vaughn will play cops who are suspended when a video of their strong-arm tactics gets wide attention. They then descend into the criminal underworld to exact vengeance.

Yeah, that’s not helping contradict the concerns that the movie will glorify police brutality and erase the lived experiences of people of color at all…