There Are Literally No Heroes in the Harvey Weinstein Mess 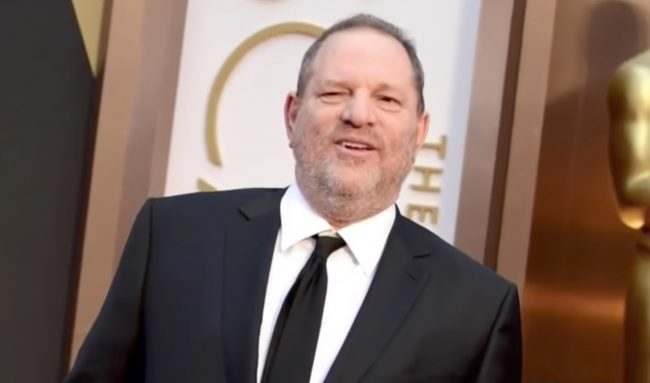 The downfall of Harvey Weinstein is both shocking and yet not at all surprising. Not just because of Weinstein’s specific history, but also because of the inherent nature of the entertainment business and why, as I have written previously, it fosters a culture of sexual harassment (and, as my own experience has taught me, not always just against women).

The Weinstein story is obviously mostly a damning indictment of him as a person and a further validation of the old adage that power corrupts and ultimate power corrupts ultimately. However, it is also a near perfect proof of how nearly everyone in news/entertainment is a coward who will never take a real stand unless it is in their own self-interest to do so.

As we access the landscape of this Weinstein mess, it seems virtually impossible to find a real hero. Here are the major players:

The New York Times: They get credit for breaking the story wide open, but we have since learned that they apparently had a very similar story back in 2004, but spiked it because of pressure from Weinstein and his movie friends. It sure appears that the Times protected a major advertiser and a liberal power broker at the expense of all the women whom Weinstein has harassed since then.

This cowardice is particularly nauseating to me since they led the witch hunt against Penn State’s Joe Paterno for him having supposedly known about Jerry Sandusky’s abuse and keep it quiet, which I know from my own investigation to be a totally false, though now widely accepted, allegation.

The Settlement Accusers: The New York Times reported that there were at least eight women with whom Weinstein has previously settled sexual harassment claims. None of these women ever spoke publicly about their allegations, presumably because they were “forced” to sign nondisclosure agreements.

Many in the media have used the NDA issue to give these women a pass on their responsibility to stop Weinstein’s behavior, but this concept is absurd. No one “forced” these women to settle their claims, or sign an NDA. I know from my own experience of having been sexually harassed by a female boss, that these women got paid WAY more money because they signed away their ability to tell their story publicly without the (likely groundless) fear of eventually getting sued for that money to be returned.

It is politically incorrect to say it, but these women directly sold out in exchange for allowing Weinstein to continue doing this to other women.

Lauren Sivan: She is the accuser whose story was the final nail in Weinstein’s coffin. Her story is as totally believable as it is completely bizarre. She did the right thing by coming forward after the Times story, but that was only after it was safe to do so.

For a decade she went along saying nothing publicly while, as she now says, she knew that there had to be many other women who suffered the same abuse, if not worse. If only she was in a position, like say as a television reporter where Weinstein works, to have exposed a major public figure who she knew to be engaging in outrageous behavior!

She is now acting as if (and Megyn Kelly never pressed on this during their interview today) her current job reporter at the Fox affiliate in Los Angeles, where the Weinstein story is obvious very relevant, gave her no opportunity to break the story herself. She too bears some responsibility here for being afraid to take the risk of using her position to tell the truth.

The Entertainment Industry: Everyone is now admitting that Weinstein’s harassment issues were an “open secret” within “Hollywood.” So, how the hell was everyone so gutless as to never say anything? Well, entertainers, notoriously insecure, simply put their precious careers over literally everything else, even while routinely trying to fool us that they really do fight for social (liberal) justice.

Some of Hollywood’s biggest names were all too happy to enable the man who helped them stay rich and famous. Meryl Streep, who once very publicly called Weinstein a “God,” is only now condemning him, and claiming she had no idea what was going on, safe in the knowledge that he can no longer help or hurt her career. Meanwhile, SNL, part of an NBC network which, until today had largely ignored the scandal as a whole, cut out a sketch form this Saturday’s show on Weinstein for reasons that don’t seem to make sense.

Liberals/Feminists: Their hypocrisy has been exposed in many ways by the Weinstein scandal. This was best personified by feminist attorney Lisa Bloom originally representing Weinstein, likely because he was making her book into a movie, and then bailing on him the moment after it became clear that he was going to get fired from his job.

Virtue Signalers: Whenever a firestorm like this happens, it always makes me very nervous that we are creating new rules, based on emotion, and facilitated by people wanting to show how against the bad actor they are by “virtue signaling.” This situation is a classic example of that.

For instance, CNN’s Brian Stelter wants to make it easier for women in these situations to speak up. This seems like a noble goal, but what does that mean in practice? How do you do that without inevitably forcing the pendulum to swing so far in the other direction that now the accused effectively have no legitimate chance to defend themselves against a career-ending allegation, which inherently usually comes without hard evidence?

As proof this concern is real, there was huge backlash against Bloom when it was reported that she wanted to use photos of Weinstein with his accusers after the alleged incidents in an effort to refute the charges. Even she immediately pushed back on the story, as if there was something intrinsically wrong with a person using about the only plausible evidence they could to even theoretically prove a “negative.” This is, quite obviously, an incredibly dangerous concept.

As is so often the case in this crazy era, this whole mess shows why it is increasingly logical to have disdain for humans, especially those in the media/entertainment business.