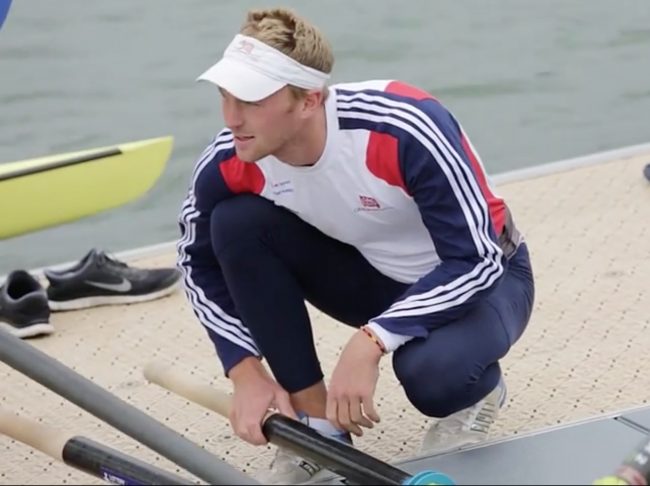 Pictured above is Alex Gregory — a two-time Olympic Gold Medal-winning rower as part of a four-man team for Great Britain. Pay particular attention to his hands. They appear normal, right?

That was before he began rowing in the Arctic.

Gregory — according to the New York Post — took part in a month-and-a-half long expedition called the Polar Row. The constant wet and cold conditions took a toll on Gregory’s hands.

When the Polar Row concluded, those hands looked like this:

My hands after spending so long in wet gloves.The blisters were never bad on this Polar row, but the wet & damp seeped into the skin… pic.twitter.com/N3Y6s3m4Uh

Fortunately for Gregory, two weeks of rest have proved beneficial:

Two weeks after getting off the boat and hands looking good. They were so quickly back to normal after drying out. Skin is an amazing thing! pic.twitter.com/QqxAZyKXZb

Why do we have the sneaking suspicion he’ll stick to warmer climates going forward?