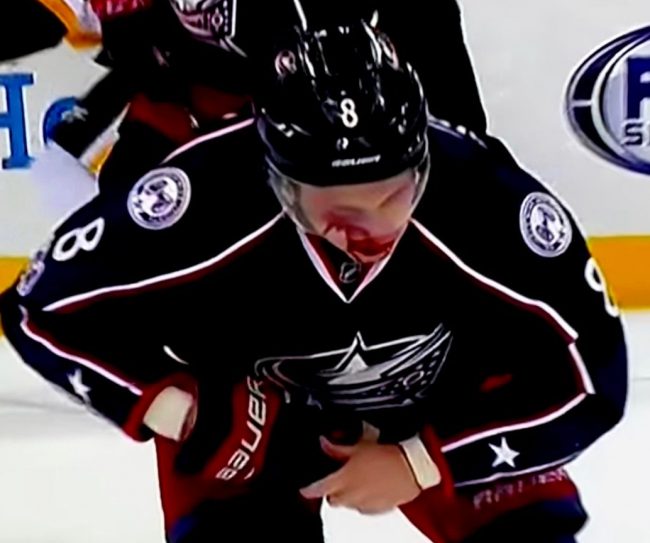 This guy must really want to win the Stanley Cup.

How else to explain why Zach Werenski of the Columbus Blue Jackets tried to keep playing after taking a puck to the face during the second period of Sunday night’s playoff game against the Pittsburgh Penguins? With 6:45 remaining in the second, Phil Kessel of the Penguins shot the puck and it landed underneath Werenski’s face shield — striking him just beneath his right eye.

Werenski dropped to the ice instantly and began bleeding profusely. He was then taken to the locker room for treatment.

But remarkably, Werenski returned to the Columbus bench and briefly went back on the ice in the third period.

The game went to overtime, and by then, Werenski could no longer see out of his eye. So try as he might, Werenski remained sidelined as his team eventually went down to a 5-4 defeat.

Werenski tweeted out a close up of his mangled face.

“Balls as big as the building,” Tortorella said, according to multiple reports.

We suspect few would argue.