This Is How Glenn Beck Thinks World War III Will Begin 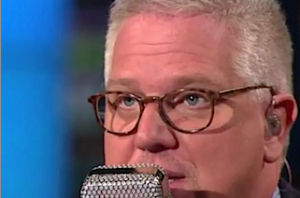 Glenn Beck presented a theory on his radio show Monday for which he fully acknowledged he would be “mocked.” With a tight, relatively simplistic outline of international relations, Beck predicted the “end of the proxy war” in the Middle East and the “beginning of World War III.”

“Probably within the next year it will be proven to be right,” Beck said of his prediction, noting that in a case like this, “you really don’t want to be right.” In Beck’s estimation, in the gym class dodge ball game that is global politics, Russia “has picked Iran” and “we have picked the Muslim Brotherhood and Libya and Egypt.” He summed up the situation like this:

While it may be true that Russia has aligned itself with Iran, it’s difficult to see how the United States has on its team both the Muslim Brotherhood and the official government of Egypt, who have been increasingly at odds in recent weeks.