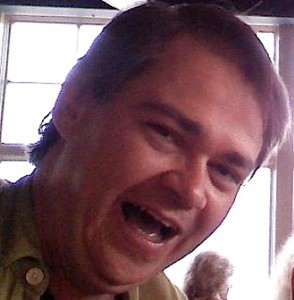 Ever wonder what would happen if someone live-tweeted their own heart attack? Neither did I, until I was actually having one. Once I did, it was an irresistible notion, an inversion of the social media update-as-trivia curve, and an opportunity for a pitch-black meta joke.

The story caught on, becoming a worldwide sensation, and I didn’t die. Here’s what else happened in between, and what I learned.

I was driving home from the beach on Sunday, the lead car in a convoy of 3, when my chest started to hurt. It was the same kind of pain I’d often felt when rushing on foot to the White House, a pain that always passed after a few minutes. This time, it didn’t pass, so I pulled over and got out of the car to get some air. My companions wanted to call an ambulance, but I said “No, it’ll pass.”

Luckily, they ignored me, and called 911 anyway. Just then, the pain began to grow steadily worse, but I was convinced this was just because I was worked up about having to pay for an ambulance.

My first thought was, “People die from those, huh?”

Immediately, I sent a text message to my 5 year-old (in care of his mother) so that he would always know I’d been thinking of him, just in case (the older kids already know how I feel). Then, phone in hand, I had that revelatory thought. I began to tweet about my heart attack, suppressing a laugh at the possible reactions. Those who knew me would get a kick out of it, and those who didn’t would see it as a wacky new-media story. I was actually satirizing my own story, in real time. This may seem strange to some people, but the knowledge that my death would make the joke funnier was actually a comfort.

I sent a few tweets, but the shaking of my hands eventually became too much, and I called it quits. It’s just as well, though, because while the premise was awesome, my execution was pretty lame:

Paramedics think I will live. 6:27 PM Sep 5th via txt (Apparently, this is what paramedics tell everyone who’s having a heart attack. It didn’t occur to me, at the time, that they wouldn’t just look at me and go, “Yeah, you’re f**ked, dude.”)

Gonna get a cardiac cat. Jeez, I’m old. This is depressing. 6:57 PM Sep 5th via txt (I wasn’t referring to some viral “Cardiac Cat” video, this was a typo. I meant to say cardiac cath.)

Still hurts even after the morphine. 6:59 PM Sep 5th via txt (It’s a shitty feeling when you can feel the morphine working on the rest of you, but the pain hasn’t diminished at all.)

The next guy to live-tweet his heart attack might be witty, incisive, and poignant, but thanks to me, nobody will care. Sorry, dude. If I had it to do over again, I’d have announced it the same way, but then started a #heartattackmovies hashtag game.

At the hospital, they put in four stents (there must be a Steny Hoyer joke in there somewhere), and admitted me until my labs improve enough to give me a double-bypass later this week. Apparently, instead of being a temple, my body is more like the rest room at CBGB’s, so I’m not such a great surgical risk just yet. On the plus side, I have plenty of time to get through the nicotine withdrawal now.

What began as a meta-tweaking of my own narcissism quickly morphed into a wacky world-weird-web story, completely devoid of irony, which was precisely the punchline I’d had in mind.

Meanwhile, on Twitter, an outpouring of sincere, heart-touching well-wishes began, and I realized that heart attacks aren’t as funny to everyone else as they are to me. The way everyone became so involved, so quickly, made me feel like a big jerk.

I was very touched by messages from my Mediaite co-workers, White House colleagues, fellow journalists, blogosphere buddies, and Twitter pals, for whom I am eternally grateful.

I was also surprised by the responses from some folks who are not my biggest fans. Greta Van Susteren, who I’ve never actually met, set aside the residue of our little internet feudlet to pen a gracious blog entry, wishing me back on the horse. Even conservative media emperor Andrew Breitbart, who I have done my very best to piss off, offered an irony-free entreaty to get well.

In short, I haphazardly embarked on a bleak, cynical critique of the worst in social networking, and ended up drawing out the best of it.