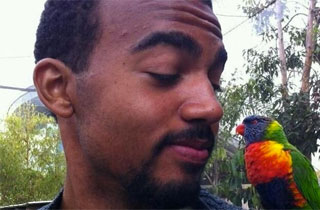 The story of a college freshman being banned from a Reed College class for challenging his professor’s rape statistics may not be such a cut-and-dry example of liberalism run amok in academia.

Yesterday, BuzzFeed published an article about 19-year-old Reed student Jeremiah True, who told them that he was banned from a Humanities 110 class for repeatedly making his classmates feel uncomfortable with his contrarian views. According to True, he was banned from the class after challenging the famous statistic saying that one in five women are sexually assaulted on campus, prompting his professor, Pancho Savery, to kick him out of the lecture via email.

“Please know that this was a difficult decision for me to make and one that I have never made before; nevertheless, in light of the serious stress you have caused your classmates, I feel that I have no other choice,” Savery, a professor at the predominantly liberal college in Oregon, wrote. True defended himself by saying that he was antagonistic by nature: “I know many people aren’t comfortable with taking the stances I do, but I’m not a sheep.”

While several other publications ran with True’s allegations, Reason magazine’s Robby Soave paused for a second: He’d known Savery “for being an ardent defender of free speech, which makes his apparent decision to remove True from class all the more baffling.” And if the libertarian Reason is saying that, there is definitely something up here.

So Soave got in contact with Savery, who told him that True had been banned solely due to “a series of disruptive behaviors,” and Soave’s suspicions grew when he followed up with the student:

I also reached True via email, and asked him whether he had been rowdy or disruptive in class. He responded by making a bizarre request. This was his email back to me:

“Before I interview with you, you must agree to make “nigger” be the first word in your article.”

I declined this ultimatum, and he declined to answer my questions. Needless to say, I’ve grown a lot more skeptical of True’s side of the story. If I find out anything more that backs up either person’s assertions about what happened, I’ll update this story.

Well then. He sounds just lovely.

UPDATE — 10:43 a.m. ET: The Reed Quest, a student paper, dug into True’s allegations and spoke to several people in his class, who told them that True’s behavior had crossed the line from contrarianism to…we don’t even know:

According to Savery, True had made other unsettling contributions to the conference this semester, including a comment about Theocritus that “lower class people didn’t have the ability to create art” and a comment about how “we shouldn’t blame the people who were responsible for the Holocaust… because they didn’t know any better.”

Maude-Griffin says that True’s behavior started out only “a little bit patronizing” and then escalated from there over the course of the semester.

“As soon as we started discussing Aristotle he said how did not believe that people who were drunk could not be held responsible for their actions, and similarly (in his line of logic), that racists could not be blamed for their actions because they had ‘never been taught otherwise,’” Maude-Griffin recalls.

The week after True’s Theocritus comment about social class and artistic capability, Maude-Griffin says that True “began the class abruptly and loudly in an angry tone, reading the Honor Principle stating how no student should face a hostile environment, and demanding an apology of only female members of the class despite the equally strong reaction by the male ones.”

Meanwhile, True has started an online petition to get himself back in the class (“I apologize that I caused survivors of sexual assault to feel uncomfortable with my views, but the views were in no way threatening or hostile”), and has publicly responded like this:

In protest to the perceived injustices against him, True has also refused to attend his other classes, has resigned from his position on Honor Council, and has left his role in the spring faculty theater production, The Bald Soprano.

In a statement about his own character, True says, “I believe that I am an emotionally capable, intellectually gifted, cutting wit, hell of a person. I believe I have experienced more trauma and suffering and pain in my life than many of these, well frankly, middle class white girls at Reed could ever know in their lives.”

“Pancho [Savery] is the greatest teacher I have ever had,” True also said.