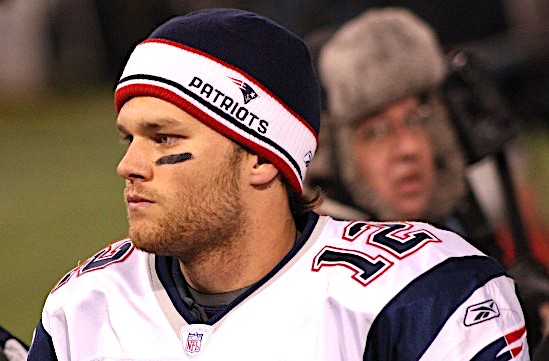 Of all the rhetorical crimes and excesses of liberal intelligentsia, forcing me to defend a New England Patriot may be the worst.

In the past few week or so, a new genre of think-piece and gotcha journalism has cropped up around quarterback Tom Brady‘s expression of support for Donald Trump. The pieces range from concern trolling about whether Brady’s friendship with Trump will be a problem, to op-eds outright saying that is. Often (but not always), Trump’s recent executive order banning immigration from seven Muslim nations is stated as a reason of particular concern.

It’s a coincidence by the way that all these pieces are coming out at a time when searches for “Tom Brady” are about to skyrocket and net those precious SEO clicks.

I’m not sure whether these publications are aware, but a little under half of the country voted for Donald Trump. I don’t share Brady’s affinity for Trump, but I don’t consider it fundamentally odd or worthy of inquisition that someone supports the president. Especially not when– as Brady has often said– that support stems from a personal friendship rather than a preference for his policies.

I’m reminded of the bizarre media obsession over Taylor Swift‘s failure to denounce Donald Trump. That was even more absurd because Swift never even said she supported Trump, nor was there any indication that she did. Her crime was mere silence in a culture that demands their favorite celebrities parrot their politics, or else. The notion that a twenty-something pop singer might not have strong feelings one way or the other was simply unbearable for some.

I would be more sympathetic to this little witch hunt if Brady had come out and said he supported the Muslim ban (lets call it what it is), or even any of Trump’s specific policies. I would be even more sympathetic if it appeared the backlash to Brady’s Trump support came from the New England faithful. But even in solid blue Massachusetts, there’s simply no sign that Bostonians are about to turn on their star QB. Never forget that liberal Bay Staters once elected Republican Scott Brown to the Senate and nearly single-handedly killed the Affordable Care Act because his Democratic opponent insulted Red Sox legend Curt Schilling.

So absent a public backlash, we’re left with the implication that this isn’t specific to Brady or New England. Anyone of note who’s supportive of the president of the United States must recant and submit to a public flogging. Those who fail to comply must be named and shamed.

Again, roughly half the country falls into that camp. Now they’re being told in no uncertain terms that there’s no room in polite society for people like them, even in a sport where viewership skews much more conservative than the general population.

I won’t say this is “why Trump won” (my new pet peeve; no one votes based on this crap and everyone knows it). But recent history tells us branding half the country deplorable doesn’t exactly win new converts to your cause.