Tomi Lahren Dishes Out Some Unlikely Praise: ‘Never Thought I’d Say This But Trevor Noah Has Been on Fire’

Tomi Lahren Dishes Out Some Unlikely Praise: ‘Never Thought I’d Say This But Trevor Noah Has Been on Fire’ 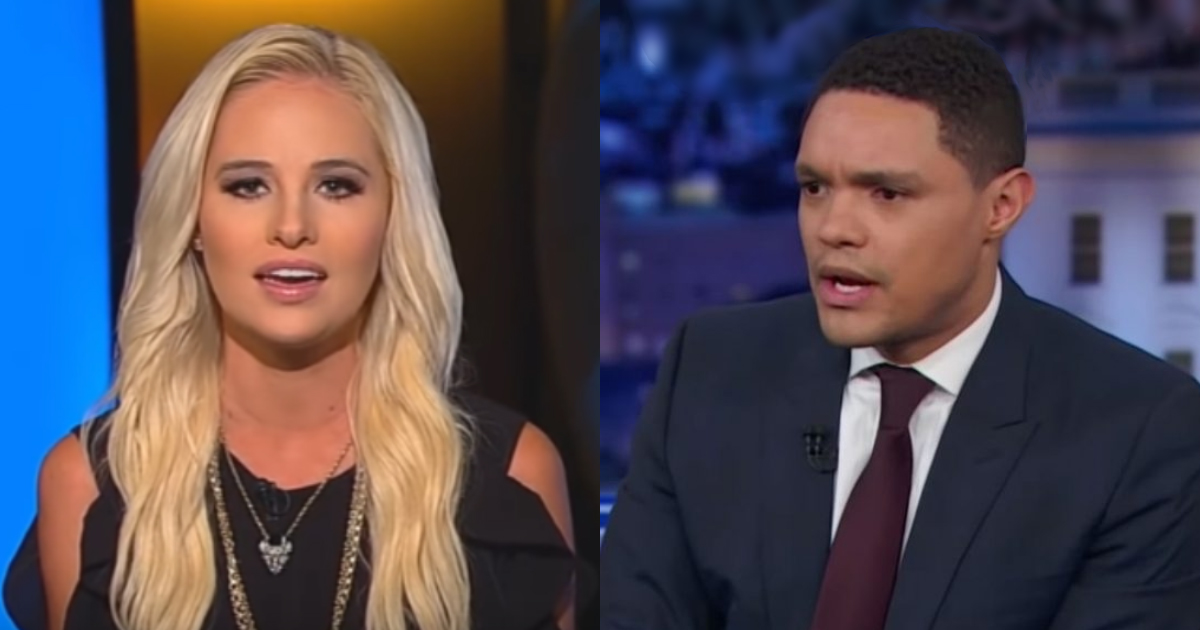 Tomi Lahren praising Trevor Noah? Do not adjust your monitor. This actually happened.

On Friday, the Fox Nation host tweeted out an unlikely compliment for the Daily Show star.

“Never thought I’d say this but … @Trevornoah has been on fire lately,” Lahren wrote.

Never thought I’d say this but…@Trevornoah has been on fire lately.
•Fending off the “woke” police

•Calling out Pocahontas on reparations

In particular, Lahren shouted out three Daily Show segments. First was a monologue in which Noah called out people complaining about Beto O’Rourke saying he was “born for this” in relation to the presidential campaign.

“‘Born for this’ is a figure of speech we all use to indicate we’re ready for something,” Noah said. “I wasn’t actually born for the all-you-can-eat buffet. It’s just something I say.”

He added, “This shit is getting ridiculous. This is not wokeness. This is insanity.”

“There’s something I didn’t tell you about my ancestry results — I’m also 1/20 black!” Noah said — in a mock-Warren voice. “Who knew?! I accept cash, check, or Apple pay!”

And finally, Lahren was appreciative of Noah defending her against death threats she received after her appearance on the Daily Show in 2016.

“You can’t be pro-women but go against women when they go against what you like,” Noah said.

It seems only a matter of time.