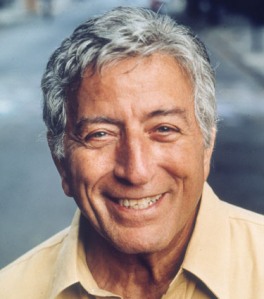 In an interview with Howard Stern on Monday, legendary jazz singer Tony Bennett spoke out against American militarism, expressing opposition to war and questioning who the real terrorists were in the world. “But who are the terrorists? Are we the terrorists or are they the terrorists? Two wrongs don’t make a right,” said Bennett, adding, “They flew the plane in, but we caused it… Because we were bombing them and they told us to stop.”

Stern had asked Bennett about his service in World War II and questioned whether the experience made him a pacifist, to which Bennett agreed, “I couldn’t stand it… I’m anti-war,” Bennett shared. “It’s the lowest form of human behavior.”

Later on in the interview, Stern and Bennett delved into contemporary foreign affairs. “To start a war in Iraq was a tremendous, tremendous mistake internationally,” Bennett said. Stern asked Bennett about how America should fight terrorism, but the singer disagreed with that premise. Stern countered Bennett, saying that “they,” the terrorists, were the ones that started it. Bennett said “he didn’t know about that.” Stern questioned if he was a conspiracist, to which Bennett clarified that we had egged on the terrorists for bombing their countries.

Bennett also shared an interesting tidbit from 2005, when he was honored at the Kennedy Center. President George W. Bush met with the singer and gave him a personal aside about the War in Iraq. “He told me personally that night that, he said, ‘I think I made a mistake,’” Bennett recalled.

Listen to Tony Bennett’s interview below: