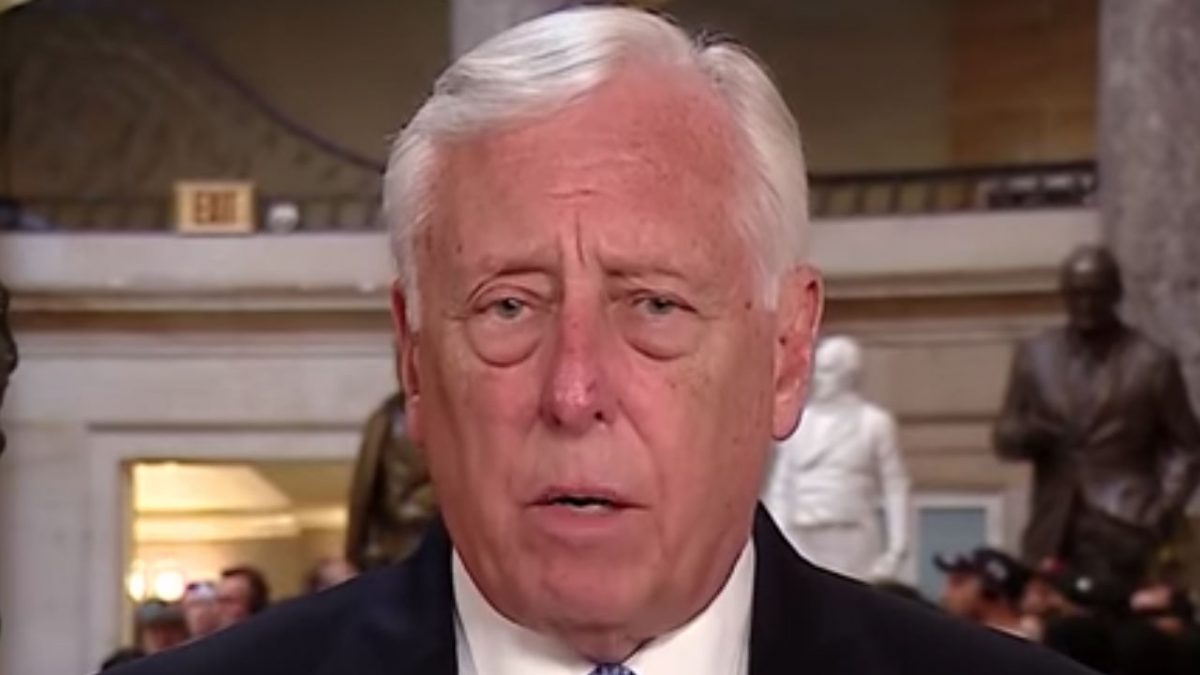 House Majority Leader Steny Hoyer weighed in on the impeachment question this afternoon and indicated he’s still leaning against going down that road.

Following the release of the Mueller report, CNN’s Dana Bash reported that Hoyer said, “Based on what we have seen to date, going forward on impeachment is not worthwhile at this point.”

House Majority @LeaderHoyer just told me : “Based on what we have seen to date, going forward on impeachment is not worthwhile at this point. Very frankly, there is an election in 18 months and the American people will make a judgement,”

Steny Hoyer should be removed from House leadership. https://t.co/S6fF5BAcXH

Instead we get Hoyer’s nonsense and a raft of statements that ignore the abundant collusion documented in the report. Because they’re scared the truth might lead them to impeachment. It’s pathetic. It lets the country down. And it reinforces Trump’s sense of his own impunity.

what if the American people want you to impeach? what's the bat signal for that?

How many calls to your office do we need to make? https://t.co/2vSDtwMOMD

Time to start calling your Representatives.

Impeachment hearings must be called or we as a nation will have an outlaw Presidency. https://t.co/Jwvia99fIj

They'd be able to make a better "judgement" in 18 months if Hoyer and co grew a backbone and held impeachment hearings… https://t.co/4ybuP4cTld

This is unbelievably disappointing. Even if you don't ultimately pursue impeachment proceedings, why on Earth would you say this today?

Part of the American people making a judgment in 2020 requires a full account of the President's criminality and abuse of power. https://t.co/DB634jA2Fq

This needs to be understood as straight-up abdication on the part of @LeaderHoyer himself. Note that he's even taking an impeachment *inquiry* off the table. Remarkable cowardice and dereliction of basic duty. https://t.co/CpdJJvjm2x

What do you call this other than cowardice and an insane dereliction of duty? https://t.co/Mzw3QHVMPY