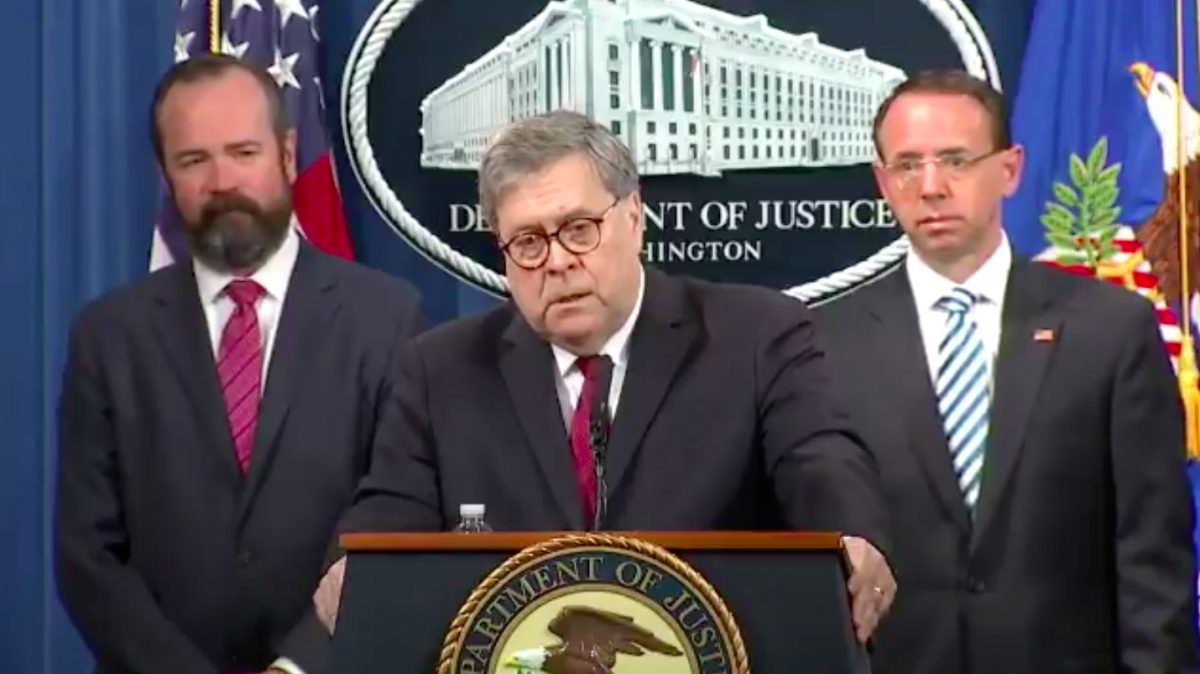 Top Congressional Democrats and Democratic presidential candidates blasted Attorney General Bill Barr‘s press conference given in advance of the redacted release of Robert Mueller‘s findings, with many demanding to know why such an event would be held before the public has a chance to view the report.

“It’s time for Congress and the American public to see the #MuellerReport,” he added.

Now that President @realDonaldTrump‘s campaign press conference is over:

It’s time for Congress and the American public to see the #MuellerReport.

Schumer also called Barr’s handling of the Mueller report “regrettably partisan,” attacking his “slanted 3/24 summary letter” and his plan “to spin the report in a press conference today—hours before he allows the public or Congress to see it.”

“The only way to begin restoring public trust in the handling of the Special Counsel’s investigation is for Mueller himself to provide public testimony in the House & Senate ASAP,” he added.

AG Barr has confirmed the staggering partisan effort by the Trump Admin to spin public’s view of the #MuellerReport – complete with acknowledgment that the Trump team received a sneak preview. It’s more urgent than ever that Special Counsel Mueller testify before Congress. https://t.co/waoGzLntlt

“We must read the full Mueller report, and the underlying evidence,” the House Judiciary Committee chairman wrote. “This is about transparency and ensuring accountability.”

We cannot take Attorney General Barr’s word for it. We must read the full Mueller report, and the underlying evidence. This is about transparency and ensuring accountability. https://t.co/eNDgQKJHa8

The American people deserve the truth.

Not spin from a Trump appointee.

Rep. Eric Swalwell (D-CA), who is also running for the Democratic presidential nomination, joked that the press conference may as well have been given by the president.

Barr, who will testify before a House Judiciary panel and the Senate Judiciary Committee early next month, used his time before the press this morning to repeatedly insist, “There was in fact no collusion.”

He also prefaced that the Report “did not find any conspiracy to violate U.S. law involving Russia-linked persons and any persons associated with the Trump campaign.”