Josh Marshall of Talking Points Memo fame is an equally well-regarded and well-known journalist in our industry; he boasts a Twitter account of 164K followers (with an indefatigable 113K tweets to his history) on left-of-center issues, but is hardly known as a sharp provocateur. 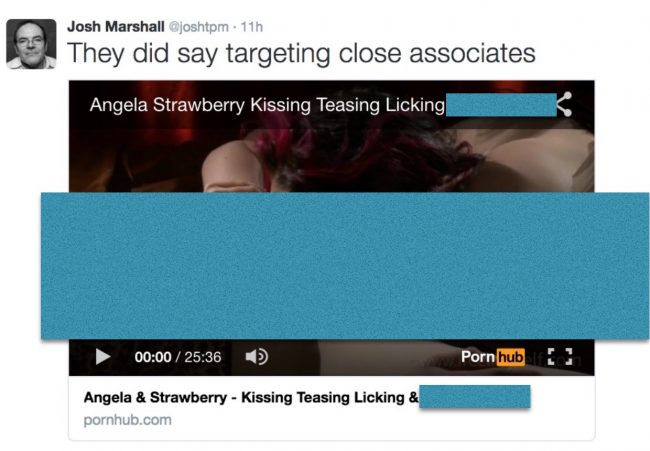 “They did say targeting close associates,” Marshall wrote at his 11:38 p.m. EST Tweet.

Immediately, people assumed a hack or a botched copy-and-paste effort of some kind, with political media colleagues alleging all sorts of guesses as to the bizarre and stirring content.

.@joshtpm CTRL V should only be used by the practiced

@CDMatthewMurphy No better way to end 2016.

@joshtpm hey Josh not sure if you meant to tweet that? Lmk

@joshtpm I did not expect that pic.twitter.com/PaIy65YgOH

Also, no one knew exactly what the hell Marshall meant with his bizarre line of text. And as the minutes went on, the Tweet never disappeared; instead, the TPM head retweeted several others who seemed confused by the stunt. When one user asked, “So, it’s been a while and @joshtpm still has that tweet up there. Hack or did I just miss the point?” Josh Marshall responded directly:

And sure enough, the tweet that immediately preceded the Angela & Strawberry head-scratcher was a POLITICO article featuring Kellyanne Conway: 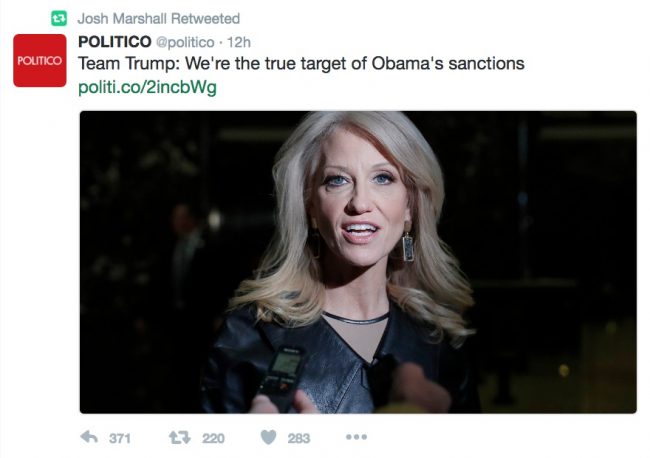 The piece from Louis Nelson detailed the Trump transition team alleging that President Obama’s sanctions against Russia this week were done, “to quote ‘box in’ President-elect Trump,” as Conway put it, instead of punishing the Kremlin for election interference. 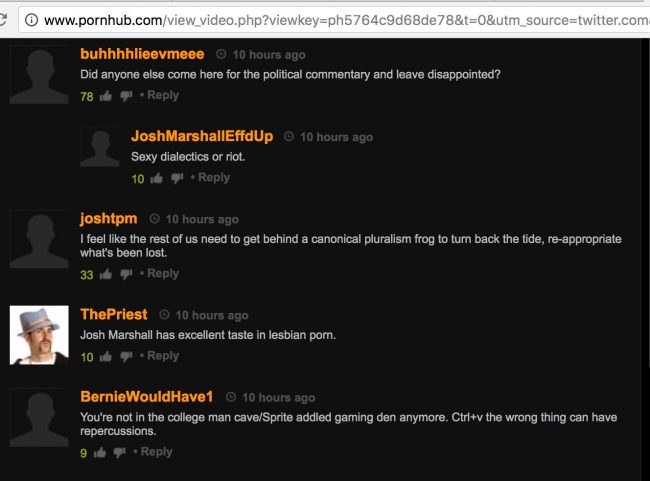 One user with the same handle as Marshall’s wrote, “I feel like the rest of us need to get behind a canonical pluralism frog to turn back the tide, re-appropriate what’s been lost.” We emailed Marshall for comment and follow-up and will update this space if we hear back.

Got an email form Eve Peyser at Gizmodo asking about my tweet last night. Here's what I sent her. pic.twitter.com/SOTbta2cP6