Traitors Or Heroes: All Of The Whistleblowers Who’ve Been Prosecuted By Obama Administration 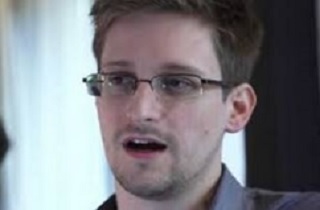 As the story of the National Security Agency‘s sweeping surveillance programs continues to crowd the news cycle, Glenn Greenwald‘s source of the NSA leaks, Edward Snowden, has become the latest flashpoint in the debate over prosecuting leakers who are heroes to some, traitors to others, and criminals to the Justice Department. One factoid that is endlessly repeated is that “the Obama administration has prosecuted more whistleblowers than all other administrations combined,” which is a little bit misleading without context. As a matter of fact, President Obama has prosecuted twice as many leakers under his watch than all other presidents combined, but all other presidents combined had prosecuted three people under the Espionage Act.

Could you conclude that President Obama’s six prosecutions make him the Judge Roy Bean of whistleblowers? Sure, but a fair person would have to consider a few things, not the least of which is that this presidency is taking place in a very different time than its predecessors. The proliferation of media that was in its infancy under George W. Bush has grown up and had several litters of kids. There are exponentially more reporters now, and a nearly nonexistent barrier to entry into the profession. At the same time, there are also exponentially more potential leakers, with almost 5 million Americans holding government clearance, and about 1.4 million with “Top secret” clearance.

There has also been an annoyingly binary narrative to the reporting on leaks, and leak investigations, of late. The media has adopted the weird, reverse-Nixonian premise that if a journalist does it, it must be legal. With regard to leakers, they’re either courageous whistleblowers who should never be prosecuted, or traitors who should be endungeoned for all time. Both opinions miss the essential relationships involved, between journalists and sources, and between the government and those to whom it entrusts its secrets. It is a reporter’s job to protect his or her sources, and the government’s job to protect information. If journalists fail to protect their sources, then they won’t have then for long. Conversely, if there are no consequences for revealing secret information, then the government can’t protect any information.

But to hear the Edward Snowden fan club tell it, as long as there’s a journalist to sherpa them, leakers should never be prosecuted. We should not trust the government, but we should trust millions of government contractors to discern which top secret information is okay to release to the public.

The truth is, whistle-leakers are judged in the eye of the beholder, and they shouldn’t be lumped together just to prove a point. They also shouldn’t be set free to encourage others to indiscriminately leak everything our government does that they don’t like. In theory, the courts should sort through them based on their individual merits, and so should news consumers. Here are all of the whistleblowers who have been prosecuted by the Obama administration, plus the three who were prosecuted under previous administrations: