Trump Doubles Down On ‘I Don’t Blame China’ Remarks: ‘I Would’ve Done Same!’

Trump Doubles Down On ‘I Don’t Blame China’ Remarks: ‘I Would’ve Done Same!’ 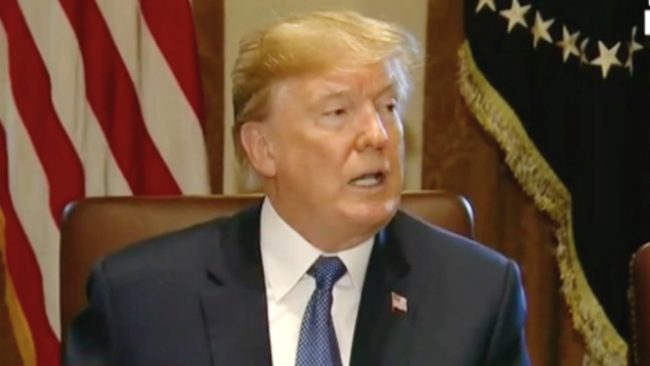 During his lengthy Asia trip, President Donald Trump made headlines when he applauded China for its trade and market methods. Despite spending much of his presidential campaign making the country a bogeyman and claiming it was “raping” the United States, Trump — while in the country itself — had the following to say:

“I don’t blame China. After all, who can blame a country for being able to take advantage of another country for benefit of their citizens? I give China great credit.”

The president decided to take to Twitter today to clarify those remarks. And by clarify, I mean double down.

I don’t blame China, I blame the incompetence of past Admins for allowing China to take advantage of the U.S. on trade leading up to a point where the U.S. is losing $100's of billions. How can you blame China for taking advantage of people that had no clue? I would've done same!

As you can see above, POTUS took advantage of Twitter’s new 280-character limit to make his point, which is apparently that he would have done the same thing as China, while also taking shots at previous American presidents.

The president also sent out a tweet stating that his meetings with China’s President, Xi Jinping, had been fruitful.

My meetings with President Xi Jinping were very productive on both trade and the subject of North Korea. He is a highly respected and powerful representative of his people. It was great being with him and Madame Peng Liyuan!