President Trump‘s official Facebook page posted a bunch of highlight clips from his big rally this week, along with the text of what he said. One of them, however, contained a rather unfortunate typo during the point when the President was talking about coal miners: 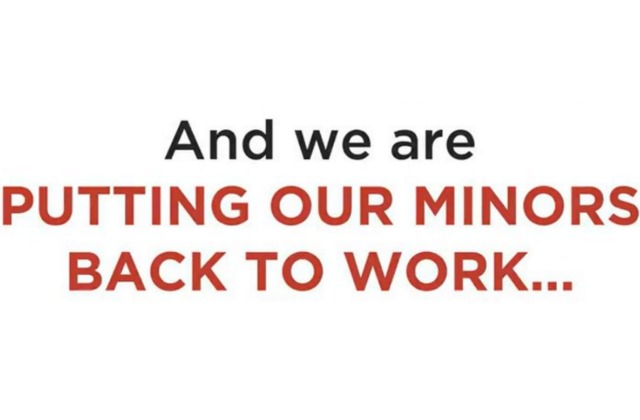 The video has since been taken down (though it is cached here), but Twitter is already having a field day:

When minors were miners. pic.twitter.com/O4k2OH4xwN

Ironically, @realDonaldTrump is giving "minors" and "miners" the shaft, so it's mox nix. https://t.co/9YyBtCNAIs

Yes this is really a typo that is on Donald Trump’s Facebook page right now pic.twitter.com/NObAWSaJsl

This is real. The typo presidency continues to reach new heights. https://t.co/MnbWPfZ9MU

It's about time we put the minors back to work pic.twitter.com/meht3fGswJ

FINALLY. Minors are the biggest freeloaders in this country. https://t.co/KLGR9BN2ji