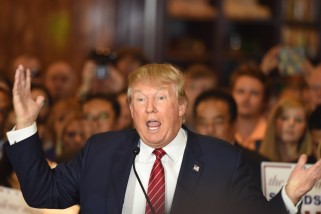 In this modern-day 24/7 news cycle it is very easy to overreact to events and attribute far too much significance to stories which will seem, in retrospect, like nothing more than random data points.

I do not believe that is the case with the sudden withdrawal of Scott Walker from the presidential race.

Instead, it is my belief that this event — and, specifically, why it happened the way that it did — is a seminal moment in the history of the conservative movement, the media, and even our country.

Let me first say that, while Walker was my choice as the most electable conservative in the field, he was hardly a perfect candidate. But unlike a seeming majority of conservatives who seem to fantasize that Ronald Reagan was infallible and that another one just like him is going to magically emerge any day now, my expectations are far more realistic.

I liked Walker best because, unlike anyone else in the field, he brought real executive experience, a proven ability to fend off vicious media attacks, and the potential of expanding the Electoral College map into currently “blue” states (he also had by far the easiest path to 269 votes, which would have meant almost certain victory).

I am very confident that Walker, especially with Marco Rubio on his ticket, would have very likely beaten Hillary Clinton. Despite all her many problems, there is no other Republican combination about which I could confidently make such a statement.

Despite all of that, and having once led Iowa by a solid margin, Walker is now the second, of an absurd seventeen candidates who entered, to drop out of the contest. This leaves at least ten candidates still in the race who Hillary Clinton would easily crush in the general election (all of those other than Rubio, Bush, Paul, Cruz and Kasich).

Faced with accepting the obvious reality that Walker’s implosion proves, once and for all, that we are not a remotely serious people, many have fallen into deep rationalizations (this reminds of a girl coming up with fake reasons to dump a guy she knows is “right” for her, but just isn’t exciting enough). The most popular is to desperately cling to the hilarious notion that this was all the fault of a poorly run campaign, or that Walker himself was not up to the challenge because of debate performances which lacked sizzle.

Wait. Was it when Walker referred to the menstrual cycle of the most popular female anchor on the right-leaning cable network that he started to slip in the polls? Or was it when he belittled the face of the only female in the Republican race? Maybe it was after he bragged at the first debate about having invited Hillary Clinton to his third wedding and refused to endorse the eventual party nominee?

It is simply the height of media hypocrisy for conservative commentators to pretend that Walker’s demise had anything to do with the relatively very minor substantive hiccups he experienced. This is especially the case when they, along with Fox News Channel, were as guilty as anyone when it came to being obsessed with the shiny object which completely changed the race and sucked any semblance of substance out of the contest.

Of course the shiny object I am referring to is Donald Trump.

There is zero doubt that if Trump had never entered this race that Walker is not only still in it, he’s almost certainly still the frontrunner in Iowa. I say this not because all of Walker’s support went to Trump, but rather due to how Trump, along with a huge assist from an all-too-willing news media, totally altered the fundamental dynamics of the contest, almost overnight.

Trump stole all of the media oxygen and robbed Walker of his chance to increase his name recognition and fuel up on resources as the favorite to win Iowa ordinarily would have been easily able to do. Trump also specifically attacked Walker (inaccurately) at a time when candidates of the same party are still usually playing nice.

But, perhaps most significantly, Trump also transformed the “debates” into absurd reality TV entertainment spectacles which focused almost solely on him. Needless to say, these American Idol/Gladiators-like events did not suit the temperament of a polite Midwesterner who naively actually thought you are supposed to wait until called on if you want to seem presidential (though I defy anyone to give an example of a bad answer Walker gave in either debate).

In short, Walker, who was already on the boring side, was made to look extremely dull in comparison to Trump who was being allowed to play by his own set of rules (which I’m not yet convinced even include him getting elected president as his ultimate goal). Sadly, we are now living in a country where, even when it comes to picking our leader, entertainment value is seemingly all that matters, even to Republicans.

There is a lot of responsibility to go around for this series of events, but mostly I blame (surprise!) the media and specifically the conservative media. I say this not just because of their silly and transparently ratings-driven Trump mania, but also due to the fact that they have, for many years now, grossly mis-educated their audience about the political realities of modern America.

Thanks to Rush Limbaugh, Sean Hannity, Ann Coulter, Matt Drudge, Sarah Palin, a website named “Breitbart,” and certain elements of Fox News (all of whom have both pushed and ridden the Trump bandwagon for selfish commercial purposes), the conservative base is living under several important delusions which has allowed for “Trumpsanity” to foster and grow.

Most of these are in the realm of what kind of a country we actually live in (uh, hello, after two comfortable Barack Obama victories you can not claim we are majority “conservative” nation!) and how easy it will be for a “real conservative” to beat Hillary Clinton.

Contrary to what the conservative media has been cynically selling its customers, beating Hillary is not going to be simple. I personally think she is a horrible candidate and even I am shocked by how soft her poll numbers are. But it is comical for conservatives to blindly forget the lessons of the last three general elections where the mainstream news media has effectively become an arm of the Democratic Party (many conservatives with whom I speak actually naively think that it is possible for an inexperienced candidate to come out of nowhere to win because, get this, Obama did it!!).

In a strange way the Hillary campaign (assuming no late entry by VP Joe Biden) is going to benefit greatly by their weak levels of national support because “electability,” which is the only issue which should matter in a GOP primary, has somehow been taken almost completely off the table. Most conservatives are going to be rather shocked when their poorly chosen nominee runs into a media buzz saw in the general election. I can almost hear them wailing, “But I thought Hillary was going to be so easy to beat!”

And when that happens (as, barring Marco Rubio getting the nomination, is almost assured), conservatives will have to live with an astounding reality. Thanks to them being duped by their own people, the person who was best suited to beat Hillary was forced out of the race long before a vote was cast because of a liberal reality TV star who is friends with Hillary and who had a consultation with her husband Bill just before he announced he was running.