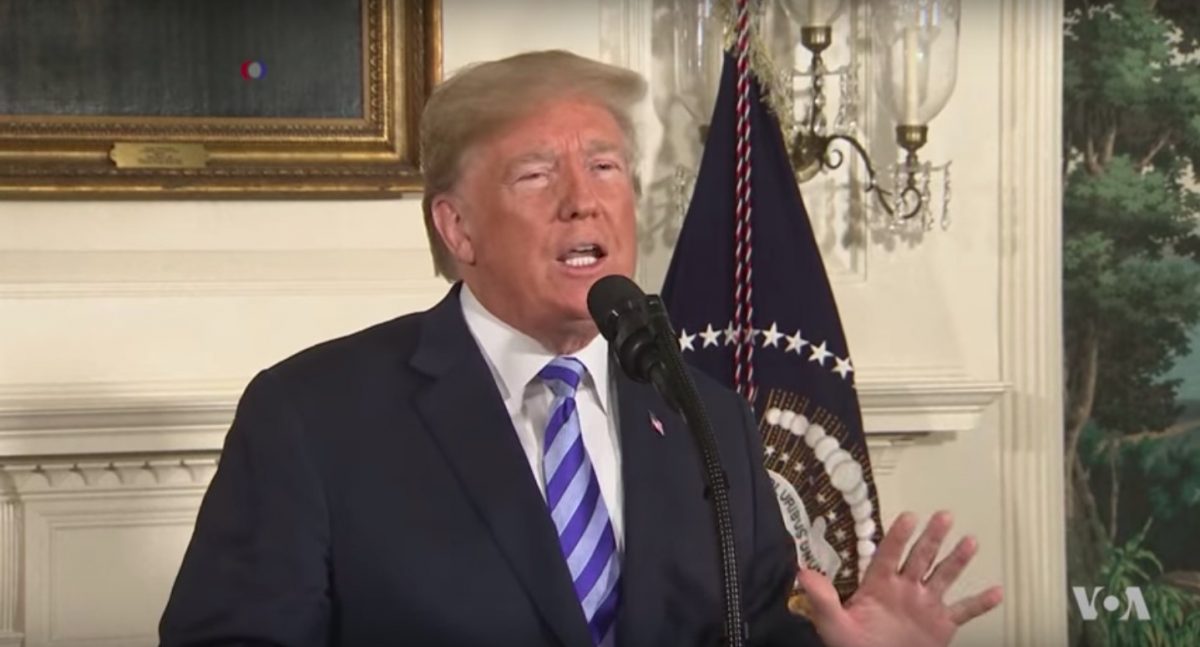 President Donald Trump tweeted Saturday that a New York Times story which indicated that his Cabinet members differ on what he ought to ask for from North Korea was yet another inaccurate piece from the “Failing and Corrupt” publication.

“While Mr. Trump’s advisers recognize his determination to make history — and the delight he has taken in the suggestion of supporters that he could win the Nobel Peace Prize — they differ sharply on what he should insist on getting from a meeting with Mr. Kim,” the Times’ Mark Landler and David E. Sanger reported Friday.

“There is ZERO disagreement within the Trump Administration as to how to deal with North Korea,” Trump asserted in one of his tweet.

“And if there was, it wouldn’t matter,” he added cryptically.

Unlike what the Failing and Corrupt New York Times would like people to believe, there is ZERO disagreement within the Trump Administration as to how to deal with North Korea…and if there was, it wouldn’t matter. The @nytimes has called me wrong right from the beginning!

He continued in another tweet that a “senior White House official” quoted in the story was a “phony” source who “doesn’t exist”:

The official in question was quoted during a White House-sanctioned background briefing, according to multiple reporters who were briefed.

Just a day after cancelling the planned June 12 summit in Singapore with North Korean leader Kim Jong Un, Trump said that the administration was in “very productive talks… to reinstate the summit.”