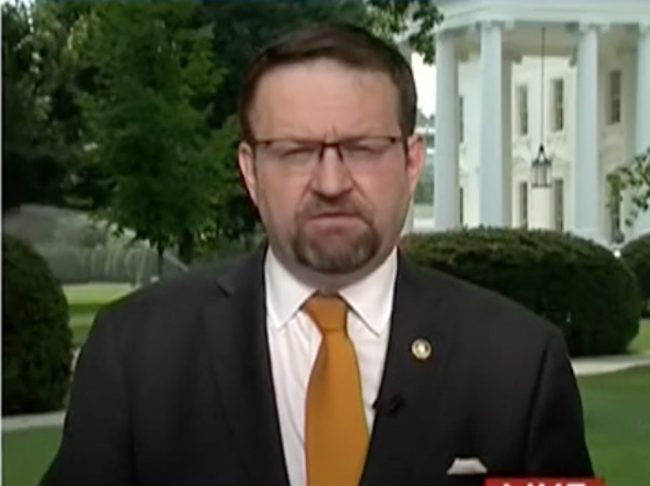 Sebastian Gorka — Deputy Assistant to President Donald Trump — has made the rounds on cable news over the past few days, defending the administration following the news that Donald Trump Jr. met with a Russian lawyer who claimed to have dirt on Hillary Clinton. And his combative appearances have reportedly drawn raves from the cable news watcher-in-chief

According to Axios, Trump circled the West Wing on Wednesday night, praising his Deputy Assistant to White House staffers.

Trump’s favorite Gorka appearance, according to the report, was his Tuesday morning spot on CNN’s New Day, in which he took a shot at CNN’s ratings.

“The amount of time you spend in desperation on a topic that has plummeted you to 13th place in viewership ranking across America — more people watch Nick at Night cartoons than CNN today,” Gorka said.

Other stops on Gorka’s media tour included; Fox Business — where he called media criticism of Trump’s speech in Poland “asinine and self-loathing,” MSNBC — where he repeatedly refused to answer a question about whether Russia is a friend or foe of the United States, and CNN — where he got into a testy debate with Anderson Cooper, who later called him “Hungarian Don Rickles.”