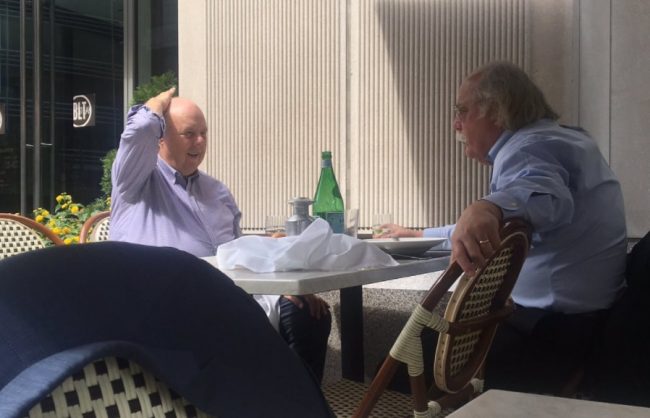 File this under stupid things you should never do ever!

Amid reports of divisions on Team Trump over the best way to proceed with the Russia investigation, two senior Trump lawyers were spotted by New York Times reporter Kenneth P. Vogel at D.C. steakhouse “loudly” discussing the matter.

“Here’s a photo of Ty Cobb & John Dowd casually & loudly discussing details of Russia investigation at @BLTSteakDC while I sat at next table.”

Here’s a photo of Ty Cobb & John Dowd casually & loudly discussing details of Russia investigation at @BLTSteakDC while I sat at next table. pic.twitter.com/RfX9JLJ0Te

I had the tuna Niçoise salad, which is solid. ?

Both men have been brought in to serve as outside counsel to President Trump to assist the official White House counsel Don McGahn.

Cobb, a longtime partner at Hogan Lovells, took a pay cut to represent Trump, who — if past is prologue — will likely still try and stiff him even further. In the past Cobb has bragged about having “rocks in my head.” Dowd’s history with the investigation has also been colored by leaked emails in which he argued for Civil War revisionism and compared Robert E. Lee to George Washington.

The steakhouse moment, was immortalized by Vogel and fellow Times reporter Peter Baker, in a piece highlighting divisions between Cobb and White House Counsel Don McGahn. Cobb has reportedly advocated for more disclosure, while McGahn has fretted about setting bad precedents.

Per Vogel and Baker:

The friction escalated in recent days after Mr. Cobb was overheard by a reporter for The New York Times discussing the dispute during a lunchtime conversation at a popular Washington steakhouse. Mr. Cobb was heard talking about a White House lawyer he deemed “a McGahn spy” and saying Mr. McGahn had “a couple documents locked in a safe” that he seemed to suggest he wanted access to. He also mentioned a colleague whom he blamed for “some of these earlier leaks,” and who he said “tried to push Jared out,” meaning Jared Kushner, the president’s son-in-law and senior adviser, who has been a previous source of dispute for the legal team.

What an incredible coincidence for everyone to just be in that place at the same time — it’s almost like the New York Tines D.C. Bureau is just a THREE MINUTE DRIVE from the restaurant. 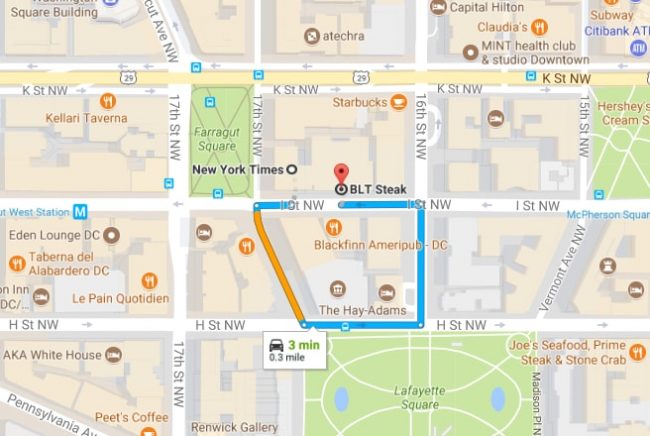