Trump Nominates Gen. Mark Milley as Next Chairman of the Joint Chiefs of Staff 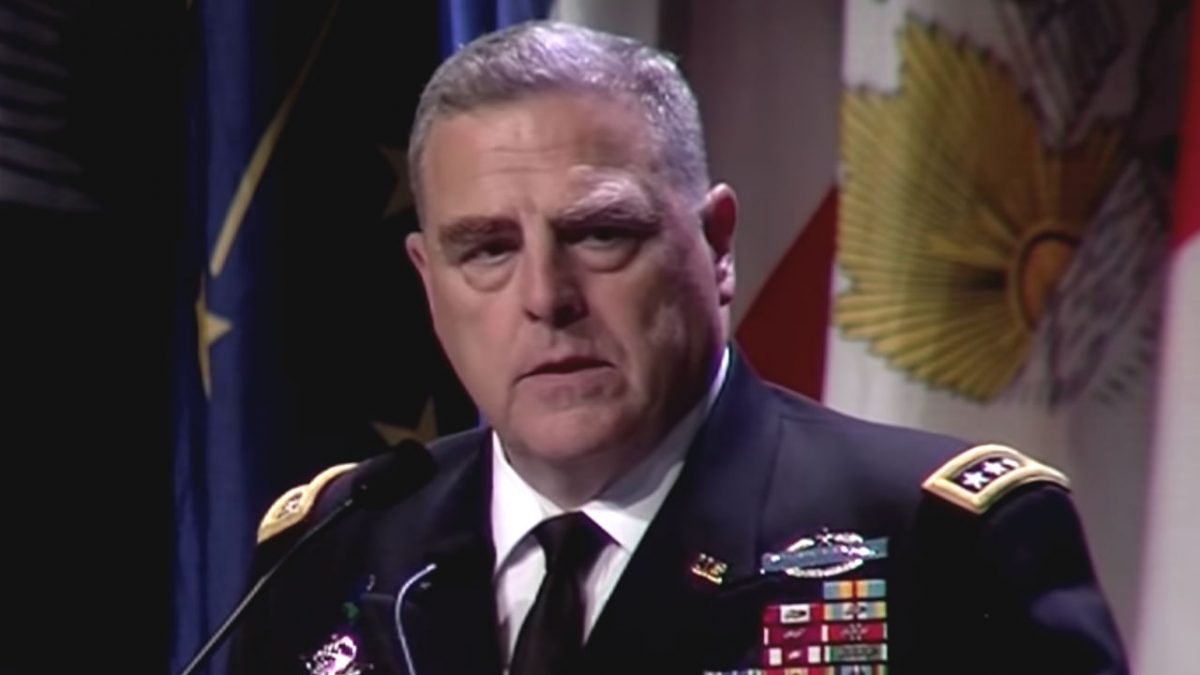 President Donald Trump this morning announced he is nominating General Mark Milley, the current Army Chief of Staff, to be the next Chairman of the Joint Chiefs of Staff.

I am pleased to announce my nomination of four-star General Mark Milley, Chief of Staff of the United States Army – as the Chairman of the Joint Chiefs of Staff, replacing General Joe Dunford, who will be retiring….

….I am thankful to both of these incredible men for their service to our Country! Date of transition to be determined.

This latest shake-up follows the announcements of William Barr as Trump’s pick for the next AG and Heather Nauert as U.N. ambassador.

As Fox News noted, Dunford’s term is up in October of next year and sources told the network he “has no plans to end his term as chairman early.”