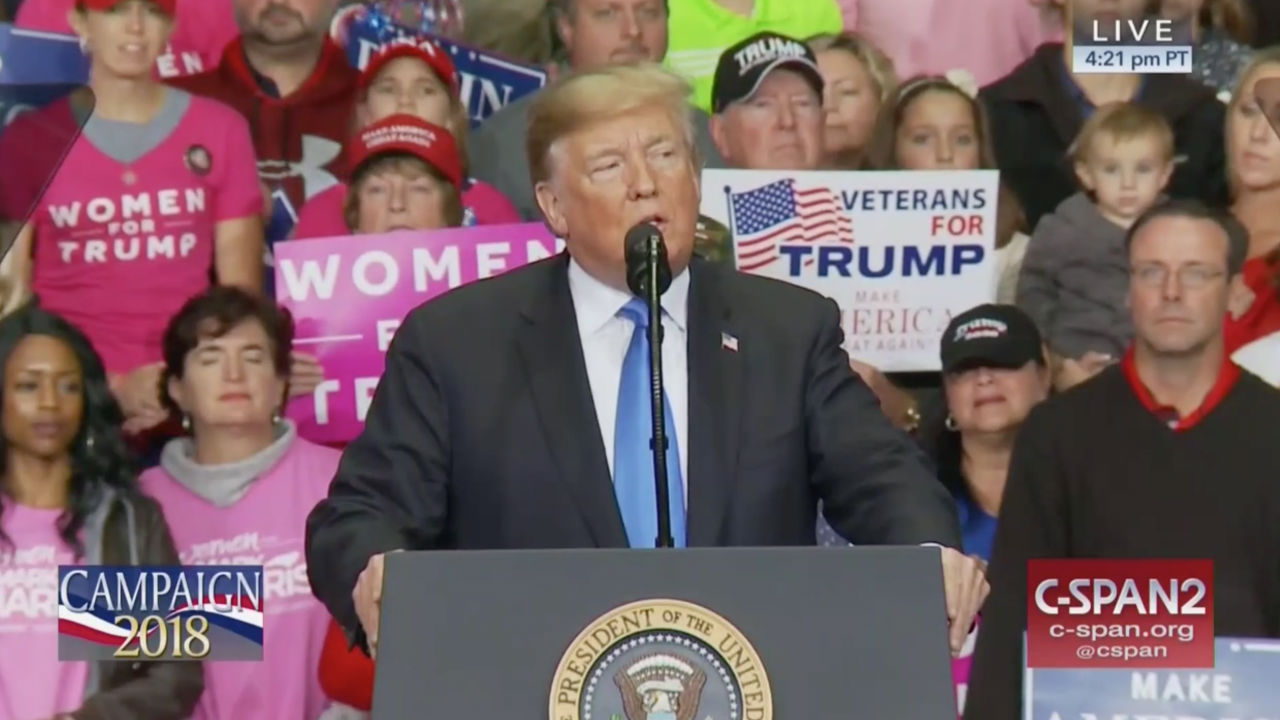 President Donald Trump has been hot on the campaign trail hopping from one rally to the next in support of GOP midterm candidates, but he once criticized his predecessor for the same behavior.

In a 2016 tweet flagged by ABC News, Trump denounced President Barack Obama‘s decision to cheer on Hillary Clinton in her effort to take the White House.

“Taxpayers are paying a fortune for the use of Air Force One on the campaign trail by President Obama and Crooked Hillary,” Trump wrote in the tweet. “A total disgrace!”

Taxpayers are paying a fortune for the use of Air Force One on the campaign trail by President Obama and Crooked Hillary. A total disgrace!

As noted by ABC, certain regulations require that political organizations reimburse the federal government for the cost of political travel. The campaign event to which Trump referred fell under that rule, then White House Press Secretary Josh Earnest said, according to the outlet.

Trump has spoken at dozens of rallies in support of Republican candidates in preparation for Tuesday’s midterms, racking up expenses for security. According to Newsweek, a 2017 rally in Phoenix cost a staggering $450,000, $336,887 of which was solely for services from the local police department and was billed to the city.