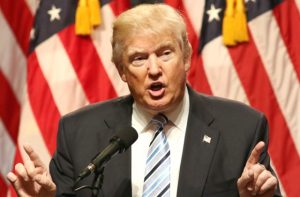 There are multiple reports tonight saying that President Trump reiterated his past statements on millions of illegal votes cast during a meeting with Congressional leaders.

CNN, The Washington Post, and Politico are all reporting this tonight, citing sources who say Trump repeated this claim:

Politico’s report says Senator John Cornyn confirmed Trump said this today, adding, “I didn’t pay a lot of attention to it. I was ready to move onto some policy issues. I didn’t anticipate that discussion.”

“We talked about different electoral college, popular vote going through the different ones. Well, we talked about going back through past elections. Everyone in there goes through elections and stuff so everybody’s giving their different histories of different parts.”

There has been no concrete evidence to back up the claim of millions of illegal votes, something CNN’s Jake Tapper highlighted in this tweetstorm earlier tonight:

That was WaPo headline — I don't change headlines. But in point of fact there is zero evidence of widespread voter fraud.

In fact, if there were even 1 million illegally cast votes (there weren't), a president would be derelict to not order a major investigation

If it were true, @jasoninthehouse and @SenRonJohnson would need to immediately hold hearings. @DHSgov would need to devote much time/energy

3-5 million illegal votes??? Why, if it were true, why would @SpeakerRyan and @SenateMajLdr not be talking about this every single day???

Unless of course it's not even remotely true and we all know this but no one in the WH and no GOP Leaders are willing to say this to him.

But that can't be it.