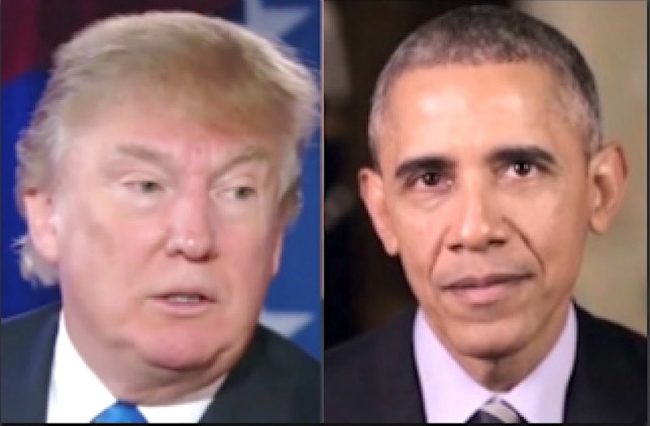 This morning, the White House released a short statement in connection with the tweetstorm fired off by President Donald Trump yesterday morning. In that series of tweets, the president accused former President Barack Obama of wiretapping phones in Trump Tower without providing any evidence.

In the release this morning, the White House stated that President Trump was asking congressional committees involved in the investigation of Russian activity also look into the former administration and whether powers were abused. 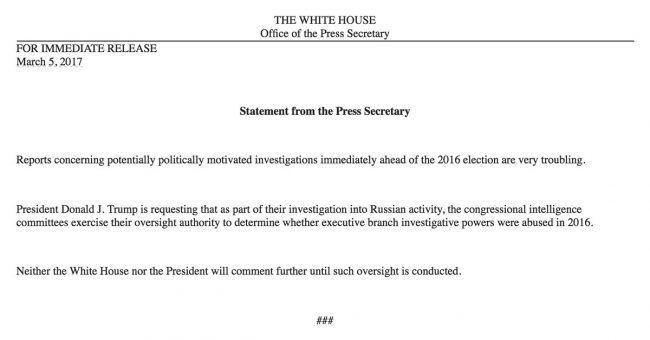 It appears that Trump’s comments via Twitter yesterday were inspired by a Breitbart article that highlighted a Mark Levin radio segment.