Trump Smacks ‘Dishonest Media’ for Saying He Agrees With Assange: ‘I Simply State What He States’ 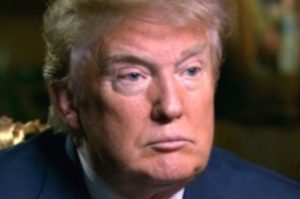 President-Elect Donald Trump is tweeting again, this time about how much he dislikes the media’s characterization of his comments about WikiLeaks founder Julian Assange.

On Wednesday, Trump sent out a number of tweets suggesting he would take Assange’s word over that of U.S. intelligence officials when it comes to the possibility that Russia meddled with the election to his benefit. This came after Assange insisted to Fox News that Russian state actors did not provide him with emails lifted from the Democratic National Committee, and from Hillary Clinton‘s campaign chairman, John Podesta.

However, Trump is not happy with media outlets who reported on his comments while noting that multiple American intelligence agencies and political figures have arrived at a different conclusion:

The dishonest media likes saying that I am in Agreement with Julian Assange – wrong. I simply state what he states, it is for the people….

to make up their own minds as to the truth. The media lies to make it look like I am against "Intelligence" when in fact I am a big fan!

Recently, Trump appeared to mock intelligence community while noting that his briefing on “so-called Russian hacking” was delayed until Friday. This came after Trump implied that he knew something about Russia that the public did not, which he would talk about this week (he hasn’t).