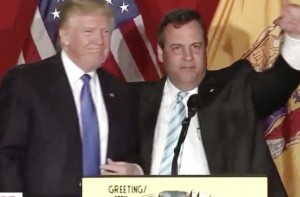 Despite reports that New Jersey Governor Chris Christie has been pushed out of Donald Trump’s inner circle in recent weeks, it appears that Christie is still being considered for a position in the President-elect’s cabinet.

One of the sources told NJ Advance Media that the New Jersey governor is in strong contention to become the nation’s secretary of energy or secretary of homeland security.

“The one person who really values what Chris has done, and how loyal he’s been, is Donald Trump,” the person close to the Trump transition said.

Other names being considered for these positions are former Texas Governor Rick Perry and Kansas Secretary of State Kris Kobach. (Kobach found himself in an embarrassing position when he was photographed meeting with Trump with documents out in the open.)

After Trump won the election, Christie was quickly booted as chairman of the transition team amidst rumors that Trump’s son-in-law, Jared Kushner, was pushing Christie out over long-simmering anger regarding Christie jailing Kushner’s father. (Christie’s issues over Bridgegate was likely another major factor.) It was also reported that Trump was furious with Christie over the New Jersey guv photobombing him on Election Night.

Recently, Christie said he was committed to serving out the rest of his term as governor, leading to speculation that Christie was no longer under consideration for a spot in Trump’s administration.