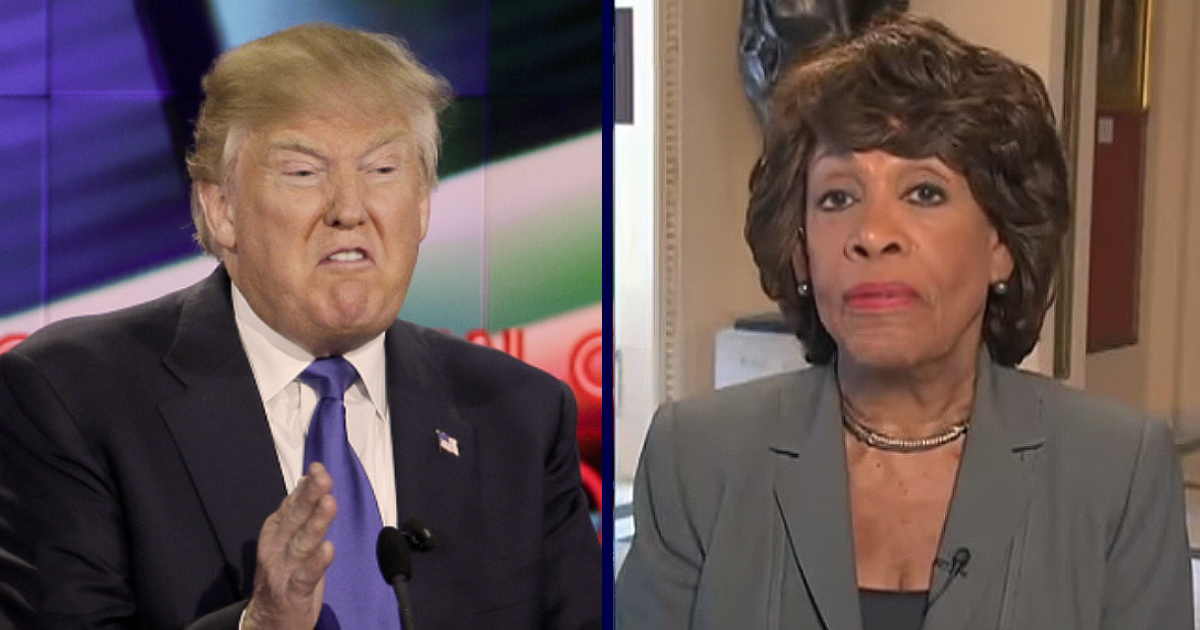 President Donald Trump does not like Rep. Maxine Waters (D-CA). The President has attacked the black California Democratic Congresswoman on Twitter many times, and particularly has insulted her intelligence.

In today’s installment Trump fake-wished her a happy birthday — referring to her as the leader of the Democrats.

Happy Birthday to the leader of the Democrat Party, Maxine Waters!

It is by implication his way of insulting all Democrats. He has previously described her as “the FACE of the Democrat Party” several times, along with Nancy Pelosi, and described her in those tweets as “corrupt,” “ranting and raving”, and “an extraordinarily low IQ person.”