Trump Trolls Obama on Twitter: ‘Who is a Better President?’ 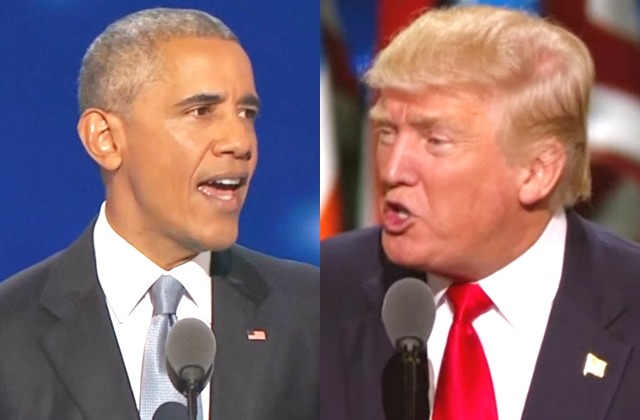 After he was done knocking Senator Mitch McConnell once again, President Trump decided to use on of his morning retweets to share an online poll suggesting that he’s a better president than his predecessor.

Who is a better President of the United States? #ObamaDay

ProgressPoll’s findings might not be particularly consistent though. Rasmussen, a poll often touted by Trump, recently found that his approval ratings are currently lower than they ever were during Obama’s entire presidency. Several other polls have indicated that the administration is steadily losing support and trust among Americans.

In recent days, Trump has been telling people to ignore the “fake news suppression polls” while insisting that his base is stronger than ever. Trump has also dinged Obama by retweeting several posts where he was favorably compared to his predecessor.

Our country & civilians are vulnerable today because @BarackObama did not believe in national missile defense. Let’s never forget that.

“@POTUS being unpredictable is a big asset, North Korea knew exactly what President Obama was going to do.”- @jessebwatters

It is not inconceivable to expect President Trump to inevitably cite the results of this specific poll as evidence of how beloved he is. We shall see.