Trump Was Apparently ‘Feeling Some Fatigue’ During Contentious Call With Australia 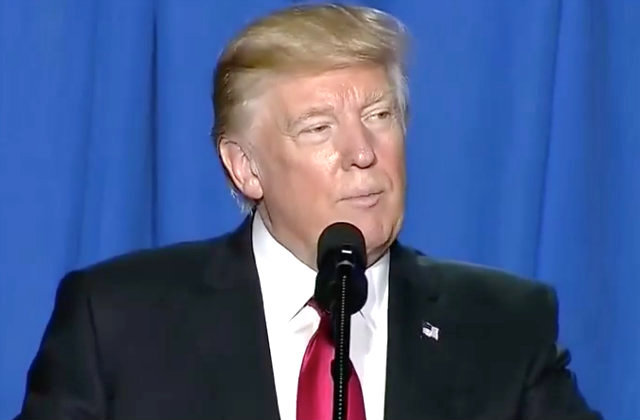 By now, President Donald Trump’s hostile phone call with Australia Prime Minister Malcolm Turnbull has become major news, with concerns that the contentious exchange may strain relationships with one of America’s closest allies. However, following the initial report of the call by the Washington Post, CNN followed up with some additional details.

And it appears that one of the excuses being floated out for the president’s behavior with the Australian leader is that POTUS was tired and cranky.

One person familiar with the circumstances on Saturday notes that President Trump’s phone call with Turnbull came after a long day of conversations with other foreign leaders — Turnbull was the fifth call after conversations with Japanese Prime Minister Abe, French President Hollande, German Chancellor Merkel, and Russian President Putin, each of which lasted close to an hour.

Trump, this source said, was feeling some fatigue after his first major bout of diplomacy. And while his earlier conversations weren’t necessarily contentious, they did involve some tense moments. Merkel and Hollande pushed back on the travel ban over the phone. Merkel felt she had to explain the Geneva Convention to Trump — a lecture a source has said Trump chafed at.

Reportedly, Trump berated Turnbull on the call over an agreement between the two countries in which the United States would accept 1,250 refugees. POTUS called it a bad deal and told the prime minister that one of the refugees would end up being the next Boston Marathon bomber.

It was also reported that Trump bragged about the size of his Electoral College victory, told Turnbull “this was the worst call by far” and abruptly ended the conversation after 25 minutes even though it was scheduled for an hour.

During the election campaign, Trump repeatedly criticized Democratic nominee Hillary Clinton over her lack of stamina, even running ads questioning her health in the final month.