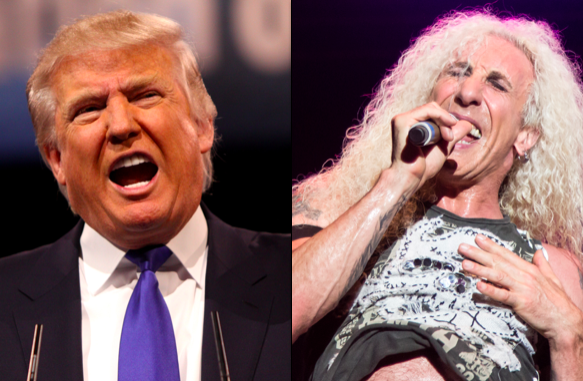 Twisted Sister frontman Dee Snider is considering a fight against “the powers that be” within the Donald Trump campaign, telling radio host Shadrach Kabango Thursday that the band is reconsidering whether to authorize Trump’s use of “We’re Not Gonna Take it” at campaign events.

“What’s going on now is really making me question allowing the song to continue to be used,” Snider said in an interview on CBC Radio’s Q, referring to Trump’s recent proposal to ban Muslims from entering the United States. Snider added that “it’s very upsetting” to hear Trump’s “extremist positions.”

Snider added that he’s “coming to the end of [the] road,” in terms of allowing Trump continued license of the heavy metal anthem. “It’s just gotten really ugly.”

Snider, who befriended Trump during filming for the 2012 season of “Celebrity Apprentice,” told Kabango that he knows “the man’s not a racist,” but clarified that “my Donald Trump, versus the public Donald Trump, is very different.”

Snider noted that he has a problem with Trump refusing to distance himself from his neo-Nazi supporters. “When you have white supremacy groups aligning with you, and you don’t denounce them, you don’t say, ‘Wait a minute, I’m not with these people here,’ and draw some clarity, that’s a problem for me,” Snider said.