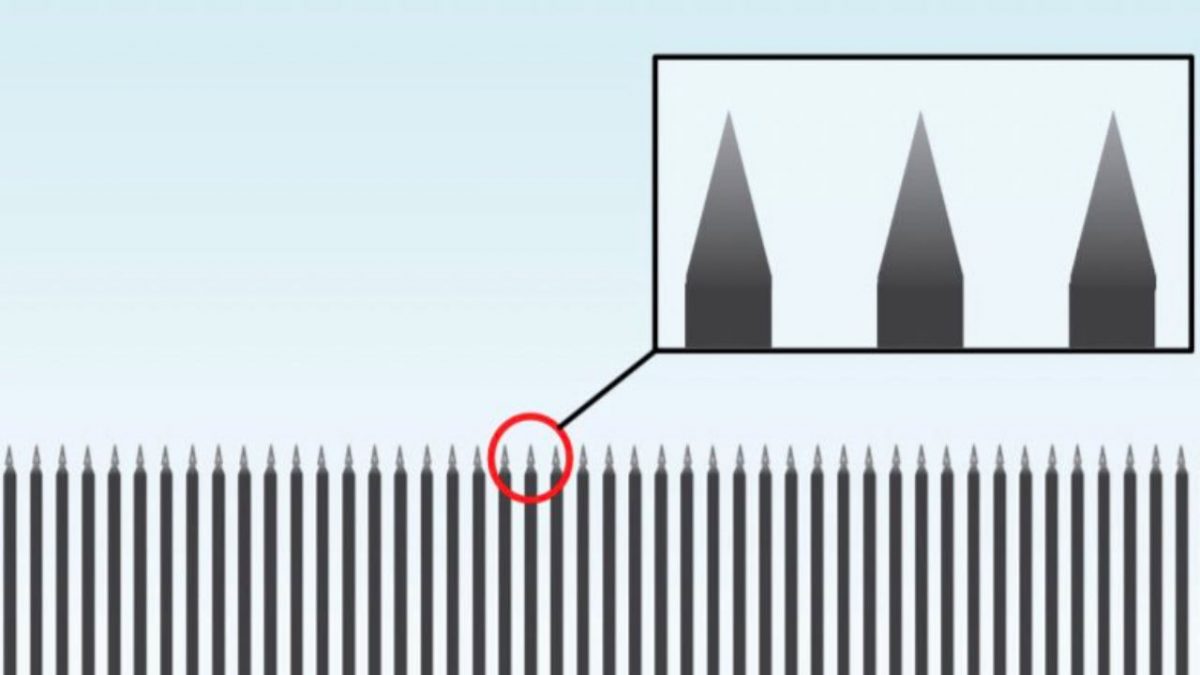 On Friday, President Donald Trump tweeted out a mock-up of his wall turned steel slat barrier with menacing spikes.

“A design of our Steel Slat Barrier which is totally effective while at the same time beautiful!” Trump wrote, just hours before a possible government shutdown that was precipitated by Trump’s demand for $5 billion in funding for the barrier, prompting chaos and a last-minute rush of negotiation in Washington DC.

“A cartoon image of pointy spikes unveiled days before Christmas as the government is on the verge of a shutdown,” CNN’s Jim Acosta wrote about the less than sophisticated rendering.

Huh? After attending rally after rally during the campaign with chants of "build the wall" and promises that Mexico would pay for it, this is where we end up? A cartoon image of pointy spikes unveiled days before Christmas as the government is on the verge of a shutdown. https://t.co/SoFkNikmXw

David Frum said it was so simple, The Sims could do it.

Or perhaps, as others suggested, it was made with MS Paint.

So after nearly two years of campaigning to "build the wall" and after two full years of having a Republican-controlled Congress, we've ended up with an MS Paint immigration policy. https://t.co/GELUWLnMl2

Somebody was busy in MS Paint today. https://t.co/VrY67ruAtW

There were also questions if uber-tall spikes with no horizontal bracing were even structurally sound, something that would seem to be important if the goal is keeping people out, although given the space between the spikes in comparison to the vehicle, squeezing through did not look impossible

Among other issues, this doesn’t look structurally sound. No horizontal bracing? How deep are these driven into the ground? https://t.co/GPQELVlkPm

What's holding the slats together at the top so they can't just be bent all to hell? It looks like a very sharp hair comb. https://t.co/K5OBDabzvZ

The emphasis on the spikes also caused some on Twitter to snark.

I love the emphasis on the pointy part….don't worry folks, these aren't nice slats…you could easily impale yourself! https://t.co/vt0ykU1fZT

The spikes do double-duty as a handy place to keep immigrants waiting for asylum hearings. https://t.co/PTrsPzdcpE

Many though just could not believe this is what Trump — or our nation — has come to this Christmastime.

You are a sadistic bastard. https://t.co/dfzqItVGqO

he has a sense of timing.. no question. Pres. @realDonaldTrump tweeting out the design for the "slat" border wall… while the Senate debates whether to fund the wall as part of the budget extension to avoid a shutdown. https://t.co/QLBunolCjX

Where will the words "Arbeit Macht Frei" go? https://t.co/i5GKRHZg3r

“Give me your tired, your poor / Your huddled masses yearning to breathe free.”