Twitter Explodes Amid Kavanaugh Hearing Chaos: ‘It is a Circus’ 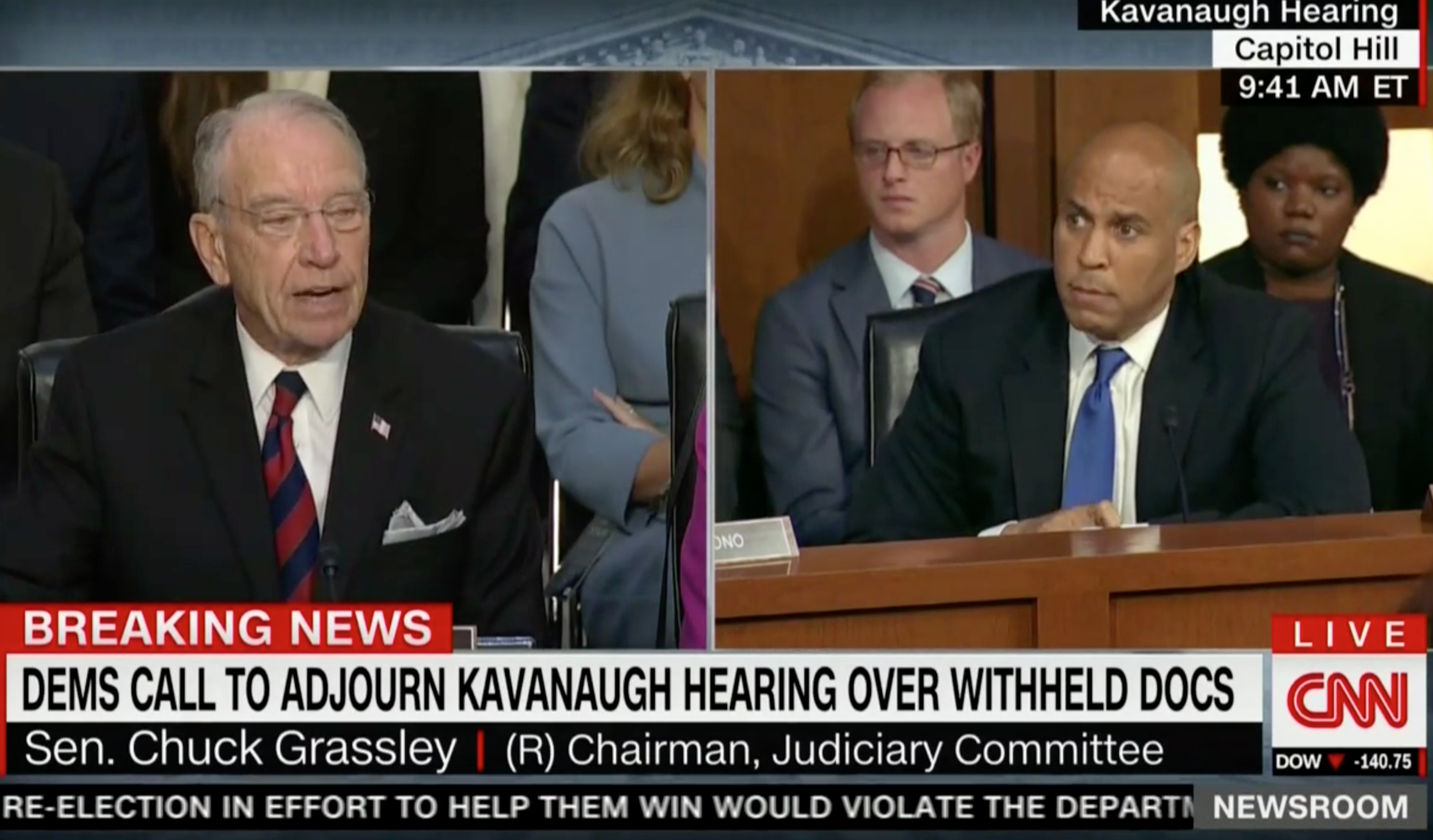 The first hour of Judge Brett Kavanaugh‘s confirmation hearing before the Senate Judiciary Committee descended into absolute chaos — and social media likewise has melted down as a result.

“A charade and a mockery,” is how Sen. Richard Blumenthal (D-CT) referred to the explosive proceeding.

On the other side, Committee Chairman Sen. Chuck Grassley (R-IA) defended the hearing, and blasted Democrats for obstructing in a manner “unfair to constitutional process.”

Here’s a small sampling of reaction from observers on Twitter:

I could never have Grassley’s job. My patience for this madness from Democrats would’ve died 20 minutes ago. I’d be like you’re all nuts, I’m out and going for pancakes.

And Kamala Harris has ALREADY disrupted the proceedings…. Noting that they just got 42k records. Grassley is yelling over her. Klobuchar joins in.

And it is a circus

Well we’re all of thirty seconds in and already this Kavanaugh hearing is… ?

Can’t remember the last time I saw committee members lead a fight like this with the ranking member as an observer, not a participant. Little bit of behind the scenes disagreement over tactics coming to the fore here.

Did President Trump nominate Chuck Grassley for the Supreme Court? If not, why is he doing all the talking?
It’s time for QUESTIONS, not grandstanding by pompous senators from either party.
This hearing will be a waste. Pathetic.

They’re passing the ball like the Golden State Warriors. Seamlessly. No pause. One voice.

Grassley’s voice is cracking. He’s snapping AT HIS OWN MEMBERS.

I’ve covered five other Supreme Court confirmation hearings. None of them included anything like the chaos in the opening minutes of the Kavanaugh hearings this morning.

It always was going to be a circus. The Republican Party doesn’t give a damn about the country. It always about their power. Bob Dole, GHWB and other old timers must be disgusted. https://t.co/YLET0453C1

Grassley invoking ‘norms’ now after Republicans and Trump have shattered norms for corrupt political expediency. What a sham process this Kavanaugh Circus is.

This whole process is a joke. All the Democrats demanding to review all these Kavanaugh documents are the very same Democrats who announced months ago they were going to oppose Kavanaugh no matter what.

So why do they need to review anything?

It’s embarrassing to watch Chuck Grassley ‘chair’ these proceedings in the Senate. Can you imagine trying to explain it to little kids? Their tone and language and immaturity? ‘These grown-ups are your government!’ Sigh. #KavanaughConfirmation

It’s pretty clear which Democrats are running for president in 2020.

It’s embarrassing that they’re willing to turn this important hearing into a political spectacle.

Grassley is just winging it. And he doesn’t know what he’s doing. He just tossed congressional oversight overboard.