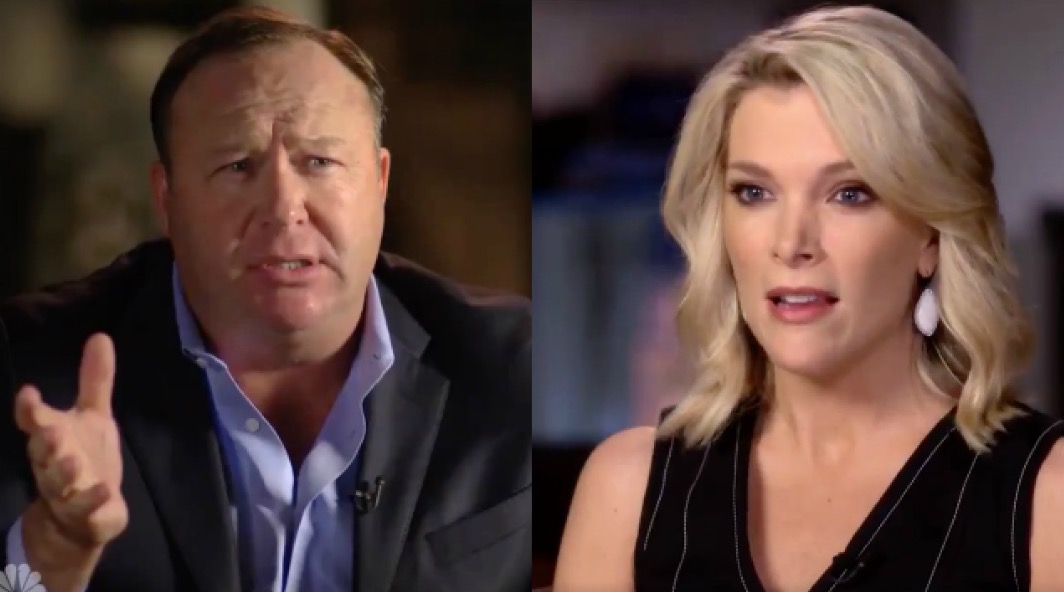 Megyn Kelly aired her highly-anticipated interview with Alex Jones on Sunday night, and Media Twitter is abuzz with commentary about how Kelly performed during her face-to-face with the InfoWars host

In the week before the interview aired, there was a great deal of debate about whether it was a good idea to give Jones such a high-profile interview. Some argued that it is important to address Jones’ presence in the American media environment, and to discuss the kinds of content he usually promotes. Others felt that interviewing Jones wouldn’t be productive, and that it would only cause pain to those who have been hurt by his incendiary rhetoric and conspiracy theories.

A lot of media people have given their feedback, and many seem to agree that the interview went well for Kelly:

#Megyn Kelly did more to expose the real Alex Jones and than anyone else on TV. Solid journalism.

Just saw @megynkelly intv of Alex Jones. She did an amazing job. Critics have egg on their face.

As always @megynkelly‘s journalistic bonafides on display with Jones interview. A brilliant expose of a dangerously powerful media troll.

If you’re unfamiliar with Alex Jones, and are watching this Megyn Kelly report, hard to imagine you walk away believing anything he says.

The times we live in are such that the greatest act of rebellion is to simply be responsible–and that’s exactly what @megynkelly did.

Kelly did a much better job with Jones than Pelley did with Cernovich. Both pieces intended for audiences that didn’t know much about either

I think @megynkelly proved people underestimated her. She did a great and necessary job interviewing Alex Jones.

Which from where I’m standing, seems to be just an excuse to avoid giving Kelly any credit at all for a competent interview.

Kelly-Jones made for a tough week at NBC News, but the execs are feeling pretty good about the finished product… https://t.co/hlXTOGIn4f

Watching @megynkelly interview with Alex Jones, I’m even more convinced that her piece wasn’t just ok to do, but important journalism.

Of course, there were critics:

To sum up: Kelly’s Jones segment was competent, but the damage has already been done, and little evidence NBC learned anything. 12/12

Bottom line on NBC’s Alex Jones piece: Strong editing gave it an edge & made him look like a kook. Still a win for him; boosts his profile.

Problems in concept and design — and political thought — were met in the usual way for TV: mediocrity owing to multiple unreconciled agendas

I agree, of course folks like Alex Jones and Putin need to be exposed. Megyn Kelly isn’t the person to do it. https://t.co/cvZPN5JEzW pic.twitter.com/58p94mUIAO

There was never any doubt Kelly would give Jones a rough time. That’s not the issue. The issue is handing him a mainstream platform. https://t.co/xJyP5gWP07

@soniasaraiya nails it. There was no real story here that people didn't already know, and that was the problem. https://t.co/Z1OZNY6Mdg