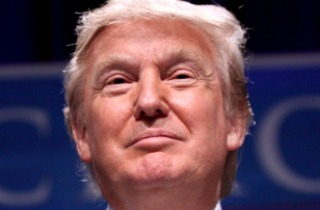 When Donald Trump announced his 2016 presidential candidacy on Tuesday, it drew a series of pointed responses on TV and across the Internet. Moving past the fact that the announcement video on his official Youtube channel has turned off all ratings and commentary (usually not a good sign), Trump has already faced questions of whether his campaign is a publicity stunt, criticism for his controversial statements, and mockery for revelations that he paid actors to attend his announcement event.

On Thursday afternoon, #PresCandidatesBetterThanTrump began to make waves across Twitter, prompting a variety of creative, and often, hilarious, responses.

The U.S. president from the film Idiocracy. This probably was never meant to have any subtlety.

McDuck would at least provide some competition for Trump’s platform of having $8.7 Billion.

Either would probably fit well in the American political discussion, actually.

Kanye West according to Kanye West

On the hair aspect, it’s possible that many would agree.

Being the dark emperor of an entire galaxy probably involves a lot of experience with bureaucratic management.

A serious recommendation, but with a good pun.

Uh oh. NBC might have to reconsider allowing him to come back.

Well, after translating Obama’s anger, he’s familiar with the most current issues.