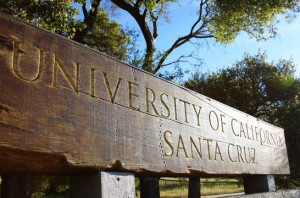 A member of UC Santa Clara’s student government is alleging that he was asked not to vote on an anti-Israel resolution because of his “Jewish agenda.”

“About two days ago, I received a Facebook message from someone I won’t name, instructing me to abstain from the vote about the divestment issue because I am the Vice President of the Jewish Student Union,” Daniel Bernstein wrote in a Facebook post. “Furthermore, I was told that members from the Stevenson College Council were concerned that I would be biased because I was elected with a ‘Jewish agenda…'”

“I am calling on the leadership at UC Santa Cruz, from the student level on up to start taking concrete action to get the anti-Semitism at this campus under control…” he continued. “It’s time for the student leadership and the administration here to make a decision: are we going to ensure the fair and equal treatment of all students on this campus, or not?”

Jewish website JNS obtained the text of the message. “You will be abstaining, as the president of JSU that is the right thing,” it read, before adding “There was also a comment tonight that you were elected by a… hmm Idk if these are the right words but let’s say…a Jewish agenda.”

The number of troubling incidents involving Jewish students has surged this year, as more and more student governments consider proposals to divest from Israel. In March, a Jewish student at UCLA was asked if she would be able to maintain an “unbiased view” if she was elected to the Judicial Board, and was initially rejected on those grounds. In April, a Stanford student claimed the organization for students of color denied her their endorsement after asking her if she could remained unbiased on the issue “given your Jewish identity.”