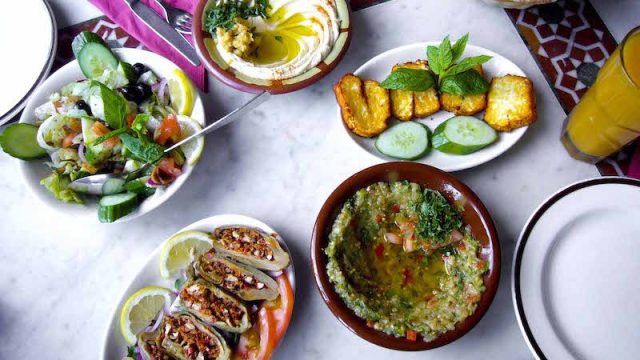 President Donald Trump‘s Executive Order that restricts travel from seven predominately Muslim countries has a lot of people wondering what to do. Enter Breaking Bread NYC. According to the group’s Facebook page, they “[bring] people together with shared food experiences through tours, campaigns, and events.”

Today, Breaking Bread NYC released a map featuring some of the best restaurants that serve food from the seven countries that have been targeted by Trump. Jeff Orlick, the co-organizer told DNAInfo that this week’s map, which can be yours if you donate $10, features five Yemeni restaurants and two Syrian ones. Every week for the next three months, until the travel ban is lifted, a new map will be released. Donations go to the Council on American-Islamic Relations.

There is also a tour this weekend that goes to the places featured on this week’s map. The first stop is Damascus Bakeries, and tickets are available for purchase.

Orlick told DNAInfo that “You don’t have to speak the same language as someone else, but if you eat their food and share that, then that creates a connection… Anyone can understand food.”