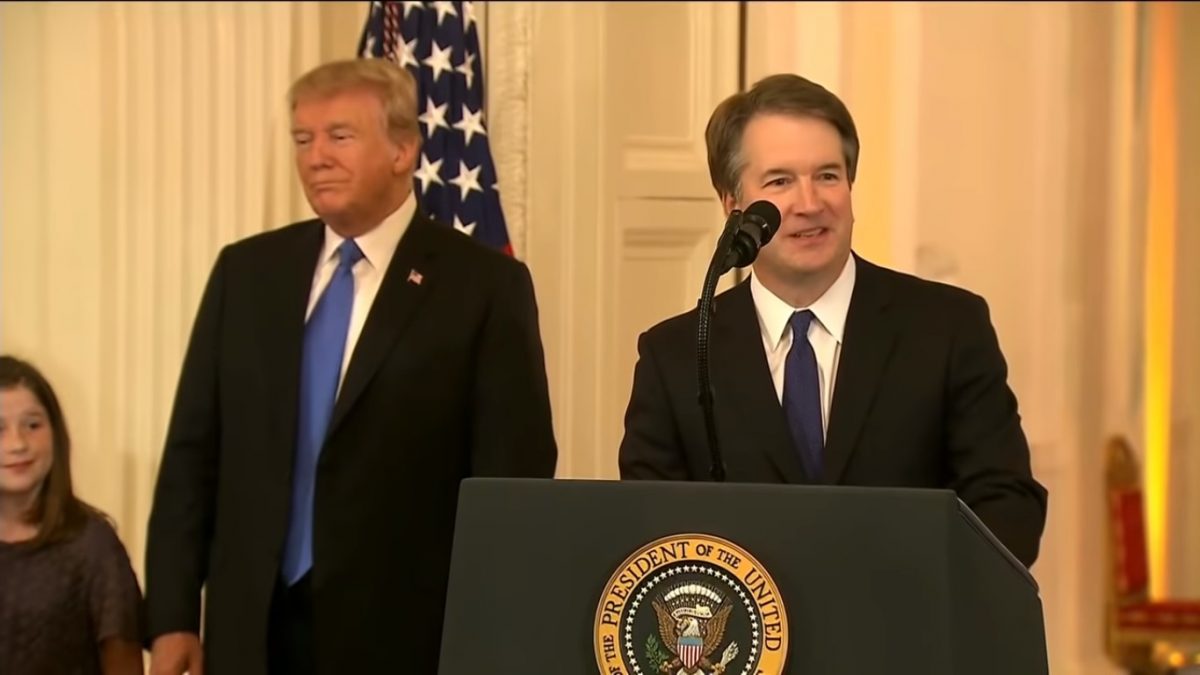 After President Donald Trump picked Judge Brett Kavanaugh as his Supreme Court justice nominee, the Washington Post ran the fluffiest of fluff pieces — titled, “I don’t know Kavanaugh the judge. But Kavanaugh the carpool dad is one great guy” — touting the personal credentials of the legal mind from a first-person perspective.

The opinion piece, which was written by the judge’s friend Julie O’Brien, focused on the mundane and normal tasks Kavanaugh carries out on behalf of his daughter and her sixth-grade basketball team, as well as her school’s community.

“On evenings and weekends, you’re likely to find Brett at a local gym or athletic field, encouraging his players or watching games with his daughters and their friends,” wrote O’Brien. “His positive attitude and calm demeanor make the game fun and allow each player to shine.”

She eventually got to the aforementioned carpooling duties: “He and his wife, Ashley, support their two daughters and other children at countless school and church functions throughout the year. In the summer, Brett is the ‘carpool dad,’ often shuttling students to and from practices, games and activities.”

It’s unclear why the Post decided that these mundane and trivial tidbits about Kavanaugh’s everyday life as a dad are worthy of publishing, but it is clear that nearly everyone on Twitter — save for Sean Spicer, of course — found the piece to be utterly worthless.

Check out a few of the many slams against the article and the newspaper below:

no one fucking cares jesus christ. don’t ever tell me about your life again unless you’re doing monster of florence shit you boring freak https://t.co/3rQYnBb7yI

this is so embarrassing who the fuck cares https://t.co/Np0DiwjLj2

I don’t know Kavanaugh the judge. But Kavanaugh the mysterious robed figure presiding over our masked pagan sex rites is one great guy.

Let’s be 100% clear. Brett Kavanaugh’s credentials as a carpool dad or a 6th grade basketball coach is not at issue and zero column inches should be dedicated to these stories. https://t.co/WZgEncaHZd

LITERALLY NO ONE CARES IF THIS GUY WAS PLEASANT TO CARPOOL WITH HOLY SHIT DOES EVERY BELTWAY NEWSPAPERMAN HAVE THEIR ELITE CLIQUE-PARTY HEAD UP THEIR RECTUM https://t.co/BYjDNa048w

Maybe I’m a clown, but I care more about Kavanaugh’s stance on abortion than whether he’s a good carpooler https://t.co/NUnuYHr3yD

How is this an op-ed and not a letter to the editor?

This is just straight up propaganda. There is no other word for it. Feeding the hard right GOP lie of “aw shucks, we’re just a bunch of good ol’ boys” https://t.co/tXj4c6kK5g