WaPo’s Advice to Women Who Don’t Want to Be Raped: Get Married

WaPo’s Advice to Women Who Don’t Want to Be Raped: Get Married 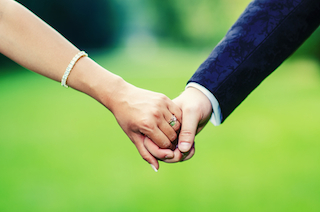 Over the weekend, The Washington Post published a column from conservative George Will that asserted rape victims are given a “coveted status” that “confers privileges.” The theme continued on Tuesday with a new piece from W. Bradford Wilcox and Robin Fretwell Wilson that offered some advice to all those people who have been tweeting #YesAllWomen in protest against rape and sexual assault.

“One way to end violence against women? Stop taking lovers and get married,” the headline reads, followed by the subhead, “The data show that #yesallwomen would be safer hitched to their baby daddies.”

That is until the Post changed it to the below:

While that change may appease some who found the use of the term “baby daddies” a bit insensitive when it comes to the topic at hand, it hardly solves the larger issue. The authors do an effective job laying out the data showing that women who live in a household with “married biological fathers” are less likely to be sexual abused, but have a harder time demonstrating causation — let alone proving that marriage is a solution to the sexual assault problem.

“What’s going on here? Why are women safer when married and children safer when living with their married biological parents?” the authors ask after putting forth their data. “For girls, the research tells us that marriage provides a measure of stability and commitment to the adults’ relationship, that married biological fathers are more likely to be attentive and engaged with their children because they expect the relationship to be enduring. As a consequence, unrelated males are less likely to have sustained interaction with children of the family when dad has a day-in-day-out presence in the home.”

Later, they appear to blame women for failing to make the right choices that will keep them safe. “For women, part of the story is about what social scientists call a ‘selection effect,’ namely, women in healthy, safe relationships are more likely to select into marriage, and women in unhealthy, unsafe relationships often lack the power to demand marriage or the desire to marry,” they write. “Of course, women in high conflict marriages are more likely to select into divorce.”

“But marriage also seems to cause men to behave better,” they continue, essentially arguing that men who are married have less incentive to rape or abuse women. One stat the pair did not cite is a 1997 study that showed 13% of women reported being raped by their current husband.

The article’s conclusion does acknowledge that marriage does not eliminate rape, but according to the authors, it certainly helps “minimize the risk of violence”:

Marriage is no panacea when it comes to male violence. But married fathers are much less likely to resort to violence than men who are not tied by marriage or biology to a female. And, most fundamentally, for the girls and women in their lives, married fathers provide direct protection by watching out for the physical welfare of their wives and daughters, and indirect protection by increasing the odds they live in safe homes and are not exposed to men likely to pose a threat.

So, women: if you’re the product of a good marriage, and feel safer as a consequence, lift a glass to dear old dad this Sunday.

The reaction to the article from media figures on Twitter was swift and harsh, with many questioning its flawed premise:

I'm kind of impressed that he can miss the #yesallwomen point SO HARD, and then still double down and be an idiot http://t.co/tSuUBq7OWt

Attn: Jeff Bezos. The WaPo editorial board is literally begging you to fire them all http://t.co/jqFoUBso4i

Apparently the name "Post Everything" is a literal description of the site http://t.co/r78ba1oUnA pic.twitter.com/j2qMUT0Der

lol because spousal abuse is a highly reported crime http://t.co/k0vVeBm08Z

The #YesAllWomen campaign has prompted all kinds of inspiring stories and calls to action on the notoriously difficult issue of sexual assault. This latest attempt was not an enlightening contribution.