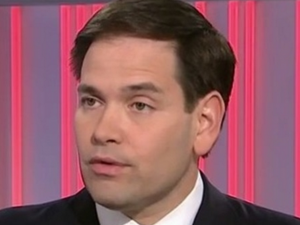 After critics on the right and left began alleging that Republican presidential candidate Marco Rubio had improperly used an Republican Party credit card for personal expenses, The Washington Post Fact Checker looked into the issue and ruled it “[wasn’t] really a scandal.”

“We decided to dig into his explanation and the series of events that unfolded since the story broke in February 2010,” the Post writes. “And we found, for the most part, his story matches up.”

Rubio was one of many Florida Republicans who was issued a credit card by the state party that was only intended to be used for party purposes. The Washington Post found that Rubio did use his card for personal expenses, but at the end of each month would go through the statements and reimburse American Express for any personal charges.

There were a few fishy charges that media outlets pegged when the story broke in 2010, such as a $765 charge to the Apple Store that the Republican Party paid for. But the Rubio campaign explained the charges the very next day (the Apple Store purchase was for a new hard-drive for political files).

One thing that did catch the Post‘s eye was the fact that Rubio never reimbursed American Express at all for a six-month period. But when they asked his campaign, it turned out to be for mundane reasons: “We went back and looked. For that six-month period of statements, the reason Marco made no personal payments to AMEX is because he had no personal charges.”

In the end, the Fact Checker found that there was no reason to disbelieve Rubio’s explanation of what happened. “We’ll be keeping an eye on this issue but based on the information released so far, a mountain’s been made out of molehill, by the media and Rubio’s opponents.”