WATCH: Cat Leaps Up to Academic’s Shoulders in the Middle of a Serious Interview
video

WATCH: Cat Leaps Up to Academic’s Shoulders in the Middle of a Serious Interview

The latter happened in the case of Jerzy Targlaski, a Polish academic who was giving a very serious interview about the nation’s Supreme Court with Nieuwsuur when, well, this happened: 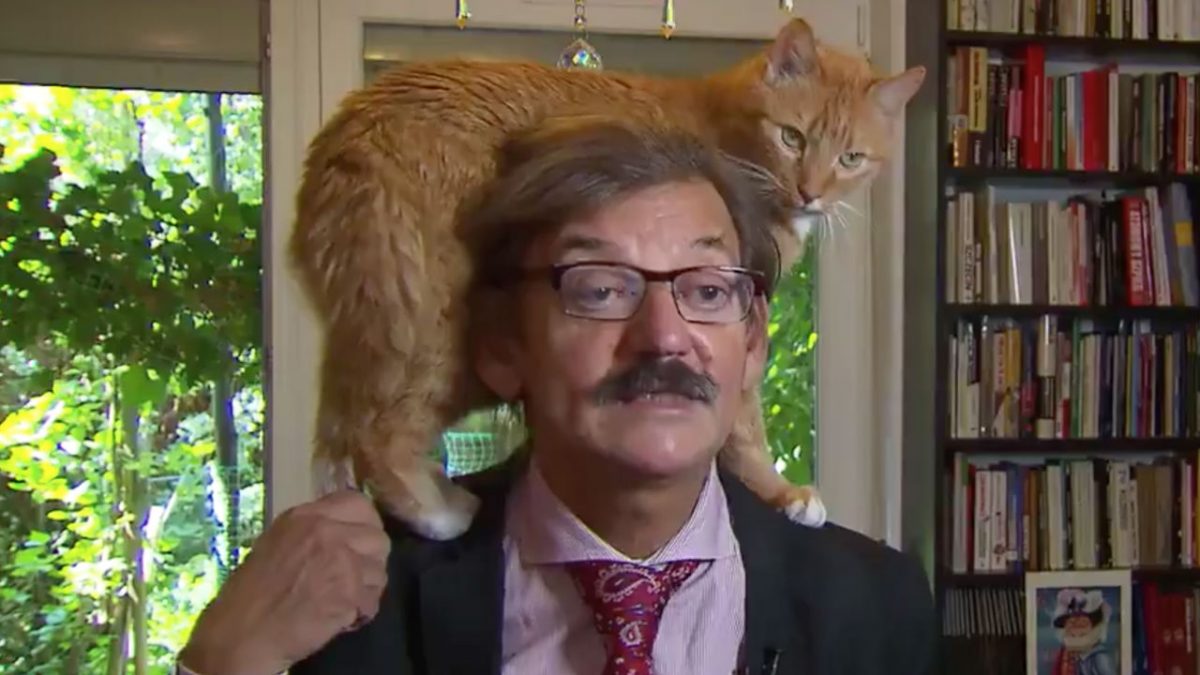 The interview was not live, but reporter Rudy Bouma shared the snippet online and explained, “The Polish historian & political scientist Jerzy Targalski remained completely unruffled during our interview when this happened.”

You can watch the clip above, and the actual report he was quoted for here, via Neiuwsuur: