Protestors Have Heated Confrontation With McConnell and Wife
VIDEO 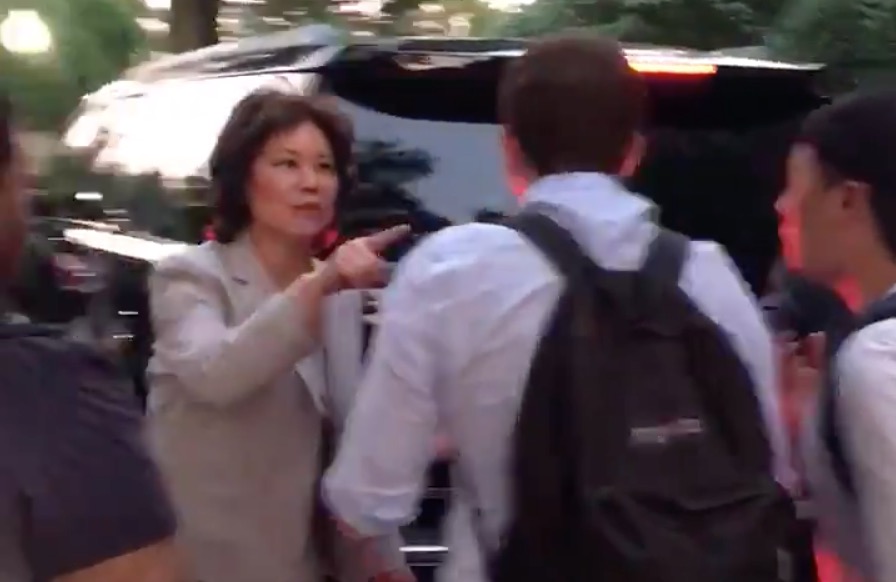 We confronted @SenateMajLdr and @SecElaineChao with @ProPublica audio of children separated from their families at the border while leaving a @Georgetown event. We must #AbolishICE & #AbolishCBP! #FreedomforImmigrants pic.twitter.com/ljv70F3F0L

The protesters, advocating for the migrant families separated by officials at the US-Mexico border, also blared an audio recording published by ProPublica of migrant children crying after being taken from their parents.

A group of protesters confronts Mitch McConnell and Elaine Chao with @ProPublica’s audio of children separated from their families at the border while leaving a @Georgetown event. pic.twitter.com/jRKHKBeFpC

The high-profile officials were quickly whisked away by their security team and departed from the small group of protesters in a black SUV.