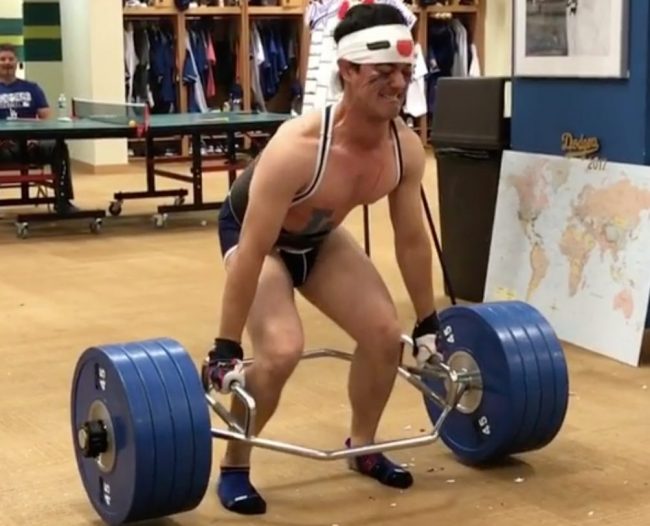 Spring training has been open for roughly a full month now. And understandably, the players are starting to get a little antsy to break camp and start playing some games that count.

In that spirit, the team called on Japanese interpreter Will Ireton to provide a little entertainment. According to a report by the Dodgers’ SB Nation page True Blue LA, pitcher Kenley Jansen issued a challenge to Ireton.

Ireton accepted. This happened next:

Weight of the ? on his shoulders! #WillStrong

Is it really still 19 days until Opening Day?