Marjorie Taylor Greene and Debbie Dingell Yell at One Another 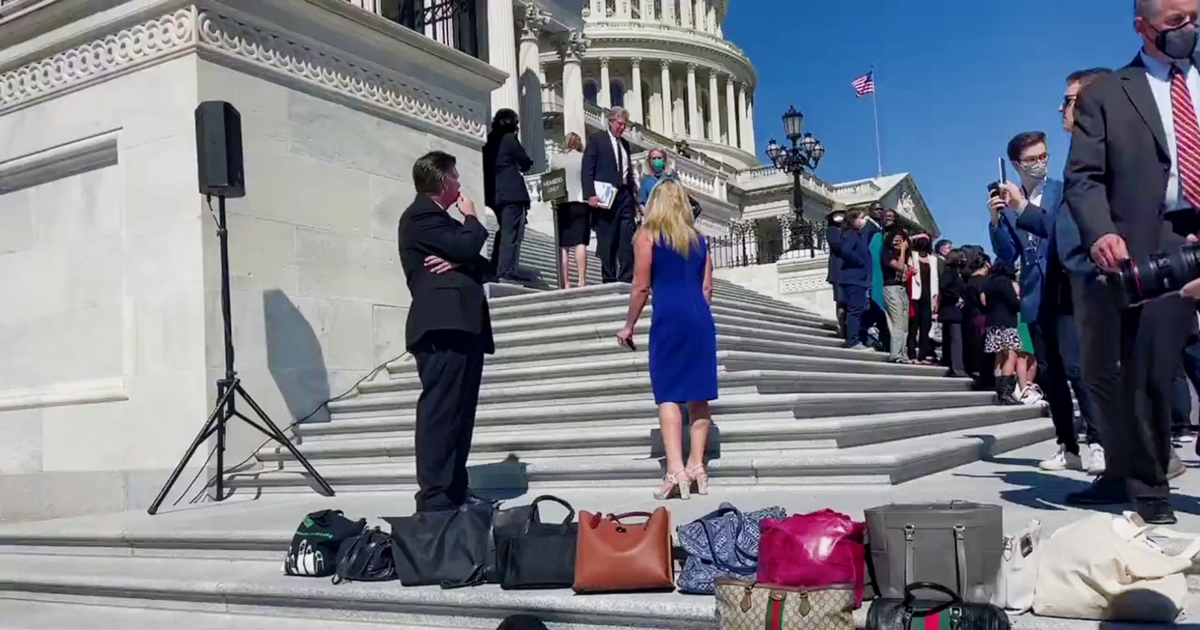 Reps. Marjorie Taylor Greene (R-GA) and Debbie Dingell (D-MI) got into a screaming match on the outdoor Capitol steps on Friday.

Video circulating on social media showed the two members of Congress yelling at each other following the House of Representatives passing an abortion rights bill that would codify Roe v. Wade into law regardless of whether the Supreme Court reverses it. The bill heads to the Senate, where it is unlikely to overcome a Republican filibuster that would require 10 Republicans to join the Democrats to end cloture and move toward passing the legislation.

Republican Rep. @mtgreenee gets into a shouting match with Democrats, incl. @BettyMcCollum04 and @RepDebDingell at the Democrats’ “Build Back Better for Women” photo-op pic.twitter.com/S3AZX1zfJg

.@RepMTG started off by yelling at a group of Democratic women, incl. @IlhanMN @Rep_Stansbury @RepDebDingell @RepHoulahan, prompting them to walk back inside pic.twitter.com/l8DSI7ymHt

Reps. Debbie Dingell and Marjorie Taylor Greene just got in a shouting match on the Capitol steps right by where Democrats are gathering to pose for a photo. Before this clip other Dems yelled at her too pic.twitter.com/YjmxY0mo9o

Here’s their exchange according to Insider:

“The border’s wide open,” Greene yelled toward a group of Democratic congresswomen, including Dingell and Reps. Melanie Stansbury of New Mexico, Ilhan Omar of Minnesota, and Chrissy Houlahan of Pennsylvania. The congresswomen then moved back inside.

Greene then proceeded down the steps and toward a gathering of Democratic lawmakers who had gathered for a “Build Back Better for Women” photo-op, where she got into a confrontation with a woman who had lined up with members on the steps.

“Congresswoman, I wish you would stand with women,” the woman said, prompting a fierce response from Greene.

“Stand with women? I do! Stand with motherhood, how about that?” Greene retorted. “You know, there’s unborn women, do they not have a right to life?”

But Greene was not done. Further down the steps, Greene stood off to the side of Democratic members of Congress and began yelling at them as well. “Horrendous. You should all be ashamed!” Greene yelled at the members before turning away.

“You should be ashamed of your incivility,” Dingell replied, now back on the steps.

“We have lots of laws we follow, and you should practice the basic thing you’re taught in church: respect your neighbor,” Dingell yelled back.

“Taught in church, are you kidding me? Try being a Christian and supporting life!” Green retorted.

“You try being a Christian and try treating your colleagues decently,” Dingell said, briefly tripping on the steps in a fit of anger.

“Watch your step, lady, you’re going to fall down,” Greene responded. “Control yourself.”