At the conclusion of Sunday night’s Academy Awards, actor Warren Beatty announced La La Land as Best Picture. But it turned out Moonlight had actually won.

The entire La La Land team was on the stage, and the acceptance speeches had nearly concluded, when host Jimmy Kimmel and Beatty emerged with the news that Moonlight had actually claimed the award.

Many news organizations had already posted that La La Land was the winner. 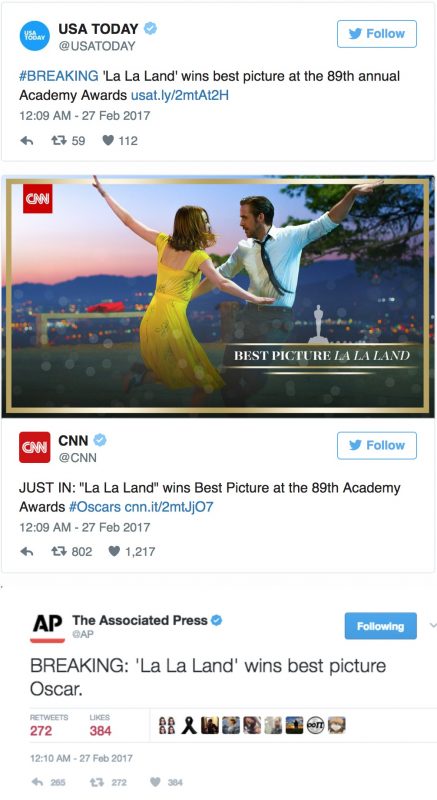 But indeed, that was not the case. It turned out Beatty had been handed the Best Actress envelope from moments earlier, which read “Emma Stone, La La Land.” The Best Picture envelope was somehow not given to the Best Picture presenters, Beatty and Faye Dunaway.

The Moonlight cast eventually made their way up to accept the honor.

Incredible. Watch this moment for the Oscar history books above, via ABC.