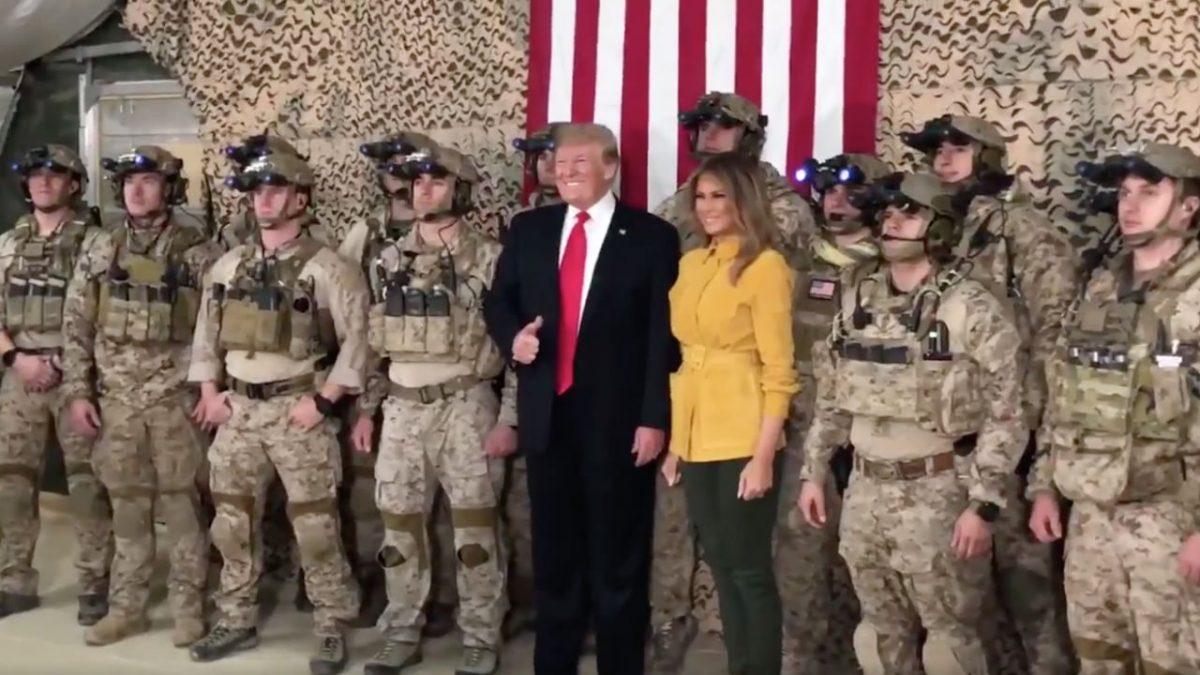 President Donald Trump tweeted out video this afternoon with footage from his surprise trip to Iraq, set to Lee Greenwood’s “God Bless the U.S.A.”

The news of the trip broke this afternoon, and the President not only met with troops, but defended his recent decision on Syria and talked about the government shutdown.

.@FLOTUS Melania and I were honored to visit our incredible troops at Al Asad Air Base in Iraq. GOD BLESS THE U.S.A.! pic.twitter.com/rDlhITDvm1

Trump spoke to reporters earlier today about his security concerns, saying, “I had concerns about the institution of the presidency. Not for myself personally. I had concerns for the First Lady.”