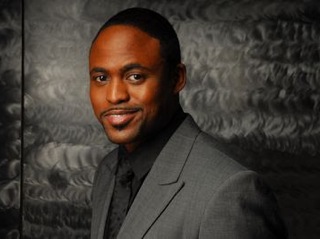 Bill Maher has made clear for some time now that President Obama is not sufficiently “black” for his tastes, because President Obama doesn’t walk around with a large gun in his pants, or something (Bill Maher expects his audience to accept him as ultimate arbiter of what “real black people” are, and they do). In those comparisons, he often cites comedian Wayne Brady as the antithesis of all that is black– and this week, Brady shot back on Aisha Tyler‘s broadcast, asserting that “the black man part of me” would “gladly slap the shit out of Bill Maher.”

“I’ve had Bill Maher twice now when referencing Obama, [sic] he’s like ‘yeah, with your Wayne Brady’ — it’s a diss to Obama to be called me,” Brady explained to Tyler on her podcast this week, noting that Maher wanted a “brother brother.” Accusing Maher of only having the “particular black experience” of “fuck[ing] black hookers,” he explained that he did not confront Maher usually because “if I would have gone on his show or even doing it online, I’m not going to win, he still has his platform.”

But Brady explained that Maher was wrong to think of Brady as somehow not “black enough.” “I’m not saying I’m really badass but, if Bill Maher has his perception of what’s black wrapped up, I would gladly slap the shit out of Bill Maher in the middle of the street, and then I want to see what Bill Maher would do.” He explained that he wouldn’t actually do this “because I’d get sued and lose my house and its not worth it for me, but the black man part of me would be so satisfied to slap the shit out of him in front of Coco and Ebony and Fox, the three ladies of the night that he has hired.”

Tyler saw the bright side to being constantly attacked by Bill Maher in that way, though: “what’s exciting about it is your name and your persona and your identity has become such a cultural touchstone.” “Hallelujah!” Brady replied.