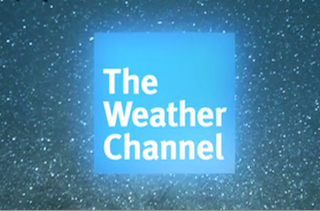 Without referencing co-founder John Coleman’s recent comments denying the existence of man-made climate change, The Weather Channel has released a statement clarifying their official position on the matter. While Coleman asserted this week that “there is no significant man-made global warming,” the Weather Channel wants you to know that the “climate of the earth is indeed warming,” and that humans are mostly to blame.

The Weather Channel’s position statement breaks the issue down into three questions: “Is global warming a reality? Are human activities causing it? What are the prospects for the future?”

On the first one, the company states that the climate is warming and that “there is evidence in recent years of a direct linkage between the larger-scale warming and shorter-term phenomena such as heat waves and precipitation extremes.”

On the second, they write that “the majority of the warming over the past century is a result of human activities,” noting, “This is also the conclusion drawn, nearly unanimously, by climate scientists.”

Finally, The Weather Channel states that the more the planet warms, the fewer ‘winners’ and the more ‘losers’ there will be as a result of the changes in climate. Ending on a less than optimistic note, they conclude that “while society needs to continue to wrestle with the difficult issues involved with mitigation of the causes of global warming, an increased focus should be placed on resiliency and adaptation to the effects of global warming given the sensitivity of civilizations and ecosystems to rapid climate change.”

In other words, the Weather Channel says: Don’t listen to that guy who helped found our network.

Read the full statement over at weather.com.

And re-watch Coleman’s comments to Megyn Kelly below, via Fox: