Webcam Girl Will Give Proceeds from Her Videos to Ferguson Protestors 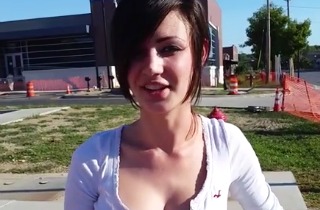 And no, this isn’t a joke. A webcam girl is one of the newest activists speaking out against police action in Ferguson.

Pain is very passionate about what’s happening in Ferguson. She told the Riverfront Times that local police “keep fucking pulling up bullshit laws and telling people they can’t do things that they should legally be able to do.”

She is actually in Ferguson, and plans to keep putting out more videos. And all the money she raises is going to help the protestors. Pain said, “I brought some jewelry and shit to pawn if I need to, so whatever it fucking takes. I’ll get rid of fucking everything I have. I don’t give a fuck. I’m going to be here to try to help — keyword ‘help.’ I am just here to do whatever I can.”

Pain’s also tweeted about it:

I might be trading chaturbate for ustream this week, guys.

Y'all ready for some naked news?

Here's some things we need in Ferguson.

In a YouTube video, Pain explains why she’s so passionate about this. You can watch that video here: