When Are Trump Clinton Presidential Debates?

When Are the Trump/Clinton Presidential Debates? 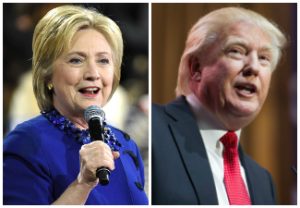 After a campaign season that has seemed like it has gone on for years and years, we are finally just days away from the very first Presidential debate. On the stage Monday night will be the two candidates representing the major parties — Hillary Clinton of the Democrats and the GOP’s Donald Trump — going head-to-head live from Hofstra University in Long Island.

All debates are from 9-10:30 PM Eastern and will be airing on all major networks (NBC, CBS, ABC, CNN, Fox News, MSNBC, Univision, and C-SPAN) simultaneously. Mediaite will have livestreams available online to watch.